Help us reach our goal of $4,000 in new donations by midnight tonight.

Make a one-time or monthly donation, or help spread the word!

Thank You for your Support!

The Chronicles brings you teachings, tributes and a place to study and practice

Thank you to the Pema Chodron Foundation and other supporters for providing matching funds. All donations will be doubled.

Funds raised during this campaign will support the work of the Chronicles and Ocean. The Chronicles brings you teachings, stories, tributes and news. Ocean is a place to study and practice.

Our support comes only from you, our readers and listeners

Naropa University is pleased to announce the establishment of the Chogyam Trungpa Institute at Naropa. Chogyam Trungpa founded Naropa University in 1974 as a place to foster both intellect and intuition, and to spark curiosity and deep inquiry. His inspiration to create a Buddhist inspired, non-sectarian University rooted in Contemplative Education and integrating Eastern Wisdom Studies with Western scholarship has infused the university and its development. From that vision Naropa became the birthplace of the modern mindfulness movement, while retaining deep connections to the world’s wisdom traditions.

The Chogyam Trungpa Institute is being launched in 2018, the 30th anniversary of his death, to highlight the work of its founder. Carolyn Rose Gimian, longtime editor of Trungpa Rinpoche’s work and founding director of the Shambhala Archives, the main repository for the lectures of Chogyam Trungpa, is being appointed the first director of the Institute.

CTI will be an academic center of excellence and a research center, encouraging a critical assessment by scholars and practitioners of Chogyam Trungpa’s body of teachings and his place in the development of Buddhism in the West. The Institute will develop and host CHELA, the Chogyam Trungpa Electronic Library and Archive, a digital platform to access his extensive lectures, poetry, and art, with linkages to the archival material of scholars, artists, writers and poets who were influenced by Chogyam Trungpa, the arrival of Buddhism in the West, or who taught and studied at Naropa.

Other aspects of the Institute may include:

A place to train future editors, cultural historians, artists, Buddhist scholars, Chogyam Trungpa scholars and caretakers for the extensive written, audio and visual materials related to his life and teachings.

A publisher for monographs and other collections of writings  of or related to his work, in cooperation with Naropa University Press and Shambhala Publications.

A curator and sponsor of exhibits that celebrate Chogyam Trungpa’s work and legacy, and tell the story of Buddhism in the West.

A center to collect and provide access to oral histories, biographical resources, and other relevant documents, personal papers, and historical materials.

For further information, please visit the website at
Naropa.edu/cti, or contact the director of the Institute, Carolyn Gimian, at cti@naropa.edu. 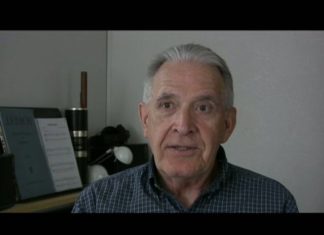 Bill Scheffel
In this 4-minute video, Jim Yensan recalls the sense of trust he experienced as a student of Trungpa Rinpoche.

Kunga Dawa on Chögyam Trungpa and Sadhana of Mahamudra