This essay, which was composed on the occasion of Suzuki Roshi’s death, was originally published in Garuda in the spring of 1972. Originally posted on the Chronilces on May 23, 2009 for the 50th anniversary of Suzuki Roshi’s arrival in North America. © Diana Judith Mukpo. Used here by permission of Diana J. Mukpo.

The venerable Shunryu Suzuki Roshi, founder and abbot of Zen Center, San Francisco and Tassajara, Carmel Valley, California, died on December 4, 1971. He taught on the West Coast of the United States for eleven years. Personal contact with him, and exposure to his written works, inspired thousands of people to a living experience of Buddhism. The style of his teaching was direct, thorough, and without ambition.

His way of working with students transcended cultural barriers, as well as any others, reflecting his real being. Roshi’s style shines through as part of the living lineage of Dogen-Zenji; it is the direct experience of living Zen. His quality of not dwelling on any particular trip provides an extraordinary situation in contrast to the militancy of American Zen.

At Tassajara in June 1970, I first met Roshi, an old man with a piercing look, who quite ignored the usual Japanese diplomacy. All his gestures and communications were naked and to the point, as though you were dealing with the burning tip of an incense stick. At the same time, this was by no means irritating, for whatever happened around the situation was quite accommodating. He was very earthy—so much so that it aroused nostalgia for the past when I was in Tibet working with my teacher. Roshi was my accidental father, presented as a surprise from America, the land of confusion. It was amazing that such a compassionate person existed in the midst of so much aggression and passion.

On my second visit, he blessed my child. The ceremony was short but thought-provoking. There was a sense of care and accuracy, a sense that energy was actually being transferred. We had a talk together over tea in the courtyard garden of Zen Center. Roshi spoke about the fact that Americans name only their biggest mountains, unlike the Japanese, who name them all. American Buddhists are too concerned with pure form rather than with spirit, an insensitivity which comes from being drunk on their power as conquerors. They can’t be bothered to name the smaller mountains and the details.

At my last meeting with Suzuki Roshi when he was sick in bed, he expressed tremendous delight at the situation that Buddhism in America could be a fundamentally creative process. His death was a happy one, for he was satisfied with the practice of his students, and he felt that they had really been exposed to the teachings.

Shunryu Suzuki Roshi is a rare teacher in American Buddhism. Recalling the Buddha, dharma, and sangha is the traditional way in which people are inspired to work towards buddhadharma. Roshi’s way of relating, as an example of complete commitment to other beings, is the same kind of inspiration. His openness and conviction cannot be questioned. His example as someone walking the path of the tathagatas is very solid ground for others. He was a person who dared to utter the lion’s roar of Buddha. His positive vision of American Buddhism is one of the most powerful and creative messages that the American spiritual scene has heard. 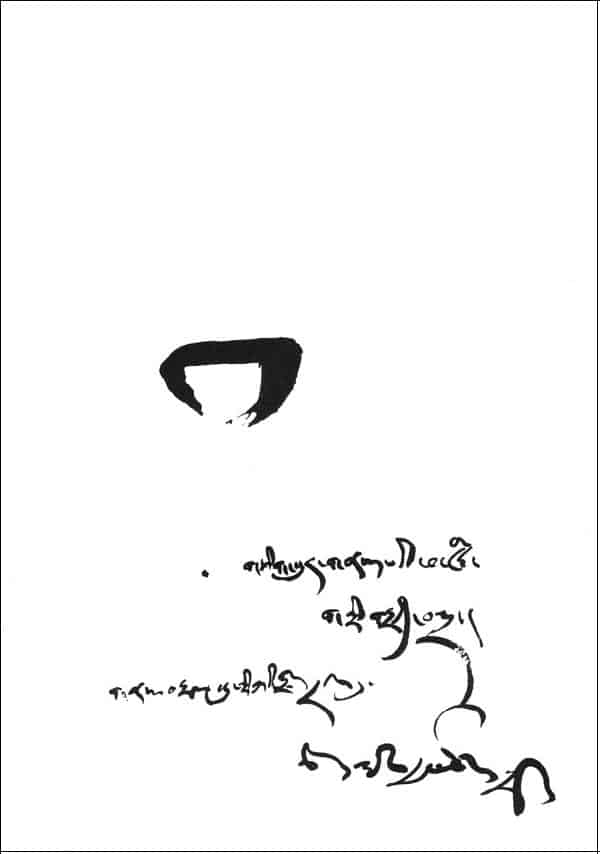 Calligraphy by Chogyam Trungpa Rinpoche,
created on the occasion of Suzuki Roshi’s death.

The Tibetan inscription reads:
“A solitary rock is majestic. In memory of Suzuki Roshi. Chogyam.”

For those interested in Suzuki Roshi, I recommend his biography Crooked Cucumber by his student, David Chadwick. Without denigrating (too much) recent books of stories of Chogyam Trungpa Rinpoche by some of his senior students, this book illustrates the qualities of a genuine biography of a dharma teacher. The book is carefully researched and written based on interviews with family members and students. Chadwick is also a senior student and is able to weave dharma teachings by Suzuki Roshi seamlessly into the narrative of his life. And, most wonderfully, Chadwick leaves himself out of the book. Although I never met Suzuki Roshi, in this book I feel I understand something of his mind and his life.

I am reading Chögyam Trungpa Rinpoche’s short tribute to Shunryu Suzuki, which is a wonderful piece of writing and fills me with respect for both Suzuki and Trungpa.

In that spirit, I would like to offer a different perspective on the teachings we have received, in the hope that the vocabulary I have found may be useful to others as we confront the challenges that lie ahead. I have a work entitled An Unauthorized and Incomplete Guide to Zazen, and I invite everyone to help me find the words we need to make our practice as flavorful as our profound teachers expected.

Thank you for commemorating Suzuki Roshi!

I have never met Suzuki Roshi, but I did meet Genpo Roshi, one of Suzuki’s students, this january. Genpo told endless stories of his times as a student of Suzuki Roshi but also told us stories about Chogyam Trungpa Rinpoche. I am walking the Shambhala path and meeting Genpo – and through him the Zen practice and loving it – was sort of confusing for me. Where do I belong After doing some research I began to discover that there is a close relationship between the great teachers of Shambhala and Zen. My Shambhala teacher gave me ‘The teacup and The Skullcup’ by Chogyam Trungpa which describes this relationship.

I think it is beautiful and important that we honor this relationship. In this day and age we need to work together and look for the connection.

I never met Suzuki Roshi, but I encountered Trungpa Rinpoche as an erstwhile fledgling Zen student on the East Coast in 1970, and followed with great interest his encounters of meetings with Roshi over the next few years. Rinpoche had us all reading Zen Mind, Beginners Mind, and our emphasis on sitting, our walking meditation, oryoki, ikebana and some of our overall aesthetic all carried the mark of his encounters with the Zen tradition. Do newer students ever wonder where these commonplaces of our world, not found in the Tibetan traditions came from I have to admit that even though I never doubted that I had a strong karmic connection to being a student of Rinpoche’s, at times in those days when I found Rinpoche particularly outrageous and/or frightening, I reminded myself that someone as seemingly conventionally unimpeachable as Roshi had (very generously, in the world of buddhist politics) given him his full seal of approval. Many years later, after Roshi’s picture had been removed from our shrine rooms, I made a pilgrimage to Zen Center in San Francisco to get my own picture.

Suzuki Roshi is a beloved ancestor for our whole Shambhala world, and I am delighted to see we are making a proper big deal of his anniversary.

It was the meeting and friendship between Roshi and Rinpoche that inspired me to move to Boulder after Roshi died. This was a game changer. I have infinite love and gratitude for these great heroes of our culture. Thank you for doing this on this significant occasion. 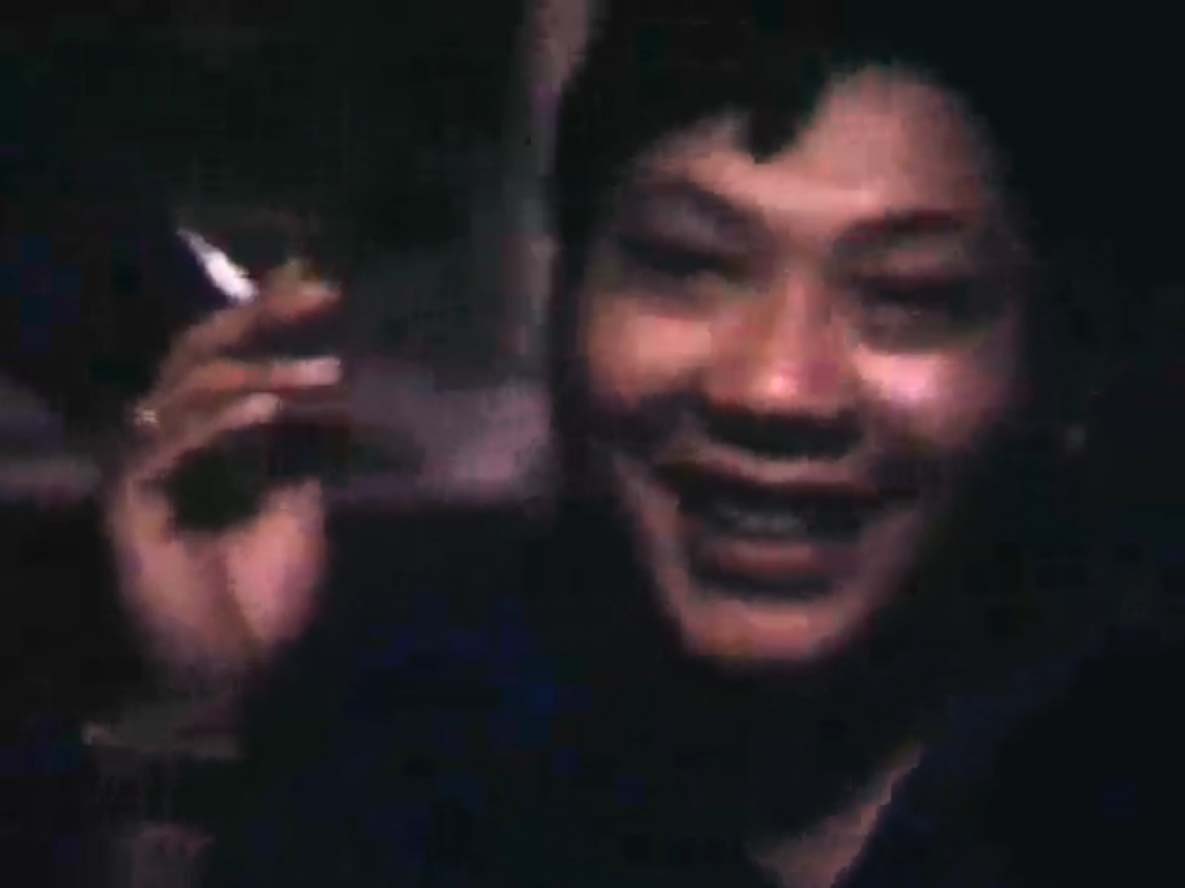