This year marks the 30th year since Dilgo Khyentse Rinpoche entered parinirvana. To commemorate this occasion, the Shechen monks and nuns are performing a drupchen based on his gomter or rediscovered mind treasure, Rangjung Pema Nyingtik.

For the first time this drupchen was performed in Shechen Ngenlung Drechaling, Shechen’s nunnery for young girls in Phobjikha, a very beautiful place in the Valley of the Black-necked Cranes in Central Bhutan. The drupchen continues for 10 days, including the actual day (based on the lunar calendar) of the anniversary, September 25.

Rabjam Rinpoche and Gyalse Tulku are leading the ceremonies. Forty young nuns who live in Phobjikha are joined by thirty nuns from Shechen’s main nunnery, and sixty Shechen Shedra monks who are in Bhutan due to the lockdown. The nuns will perform the sacred dance of the Sixteen Offering Goddesses.

This is also a historic occasion as both nuns and monks together jointly participated in all aspects of the ceremonies playing musical instruments, acting as chopons, and performing the dances.

Ceremonies to commemorate the day are also being done in Shechen Monasteries in Nepal and India and by Shechen groups in New York City and around the world. 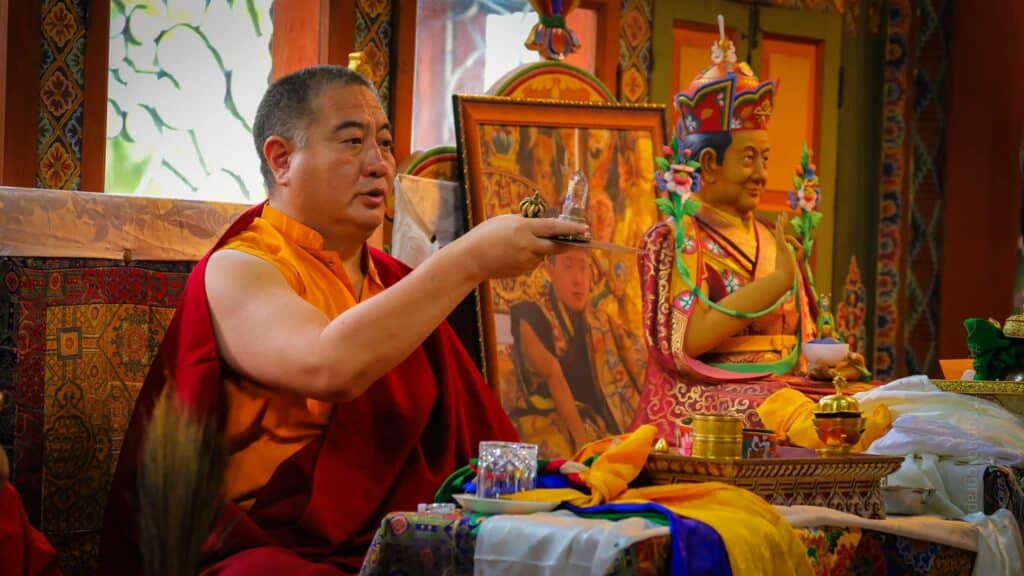 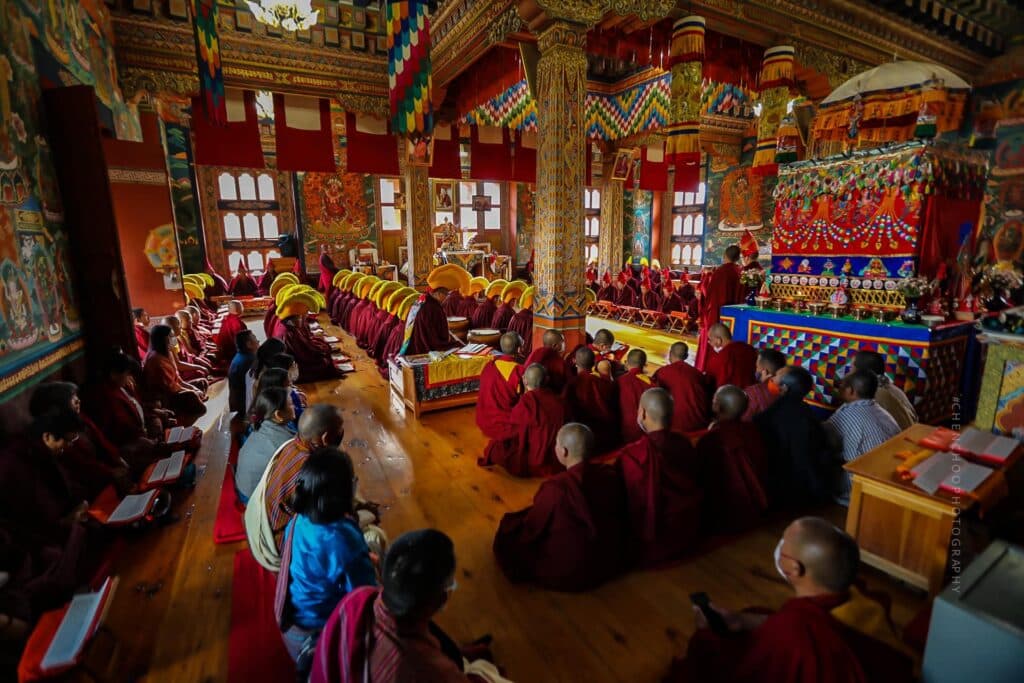 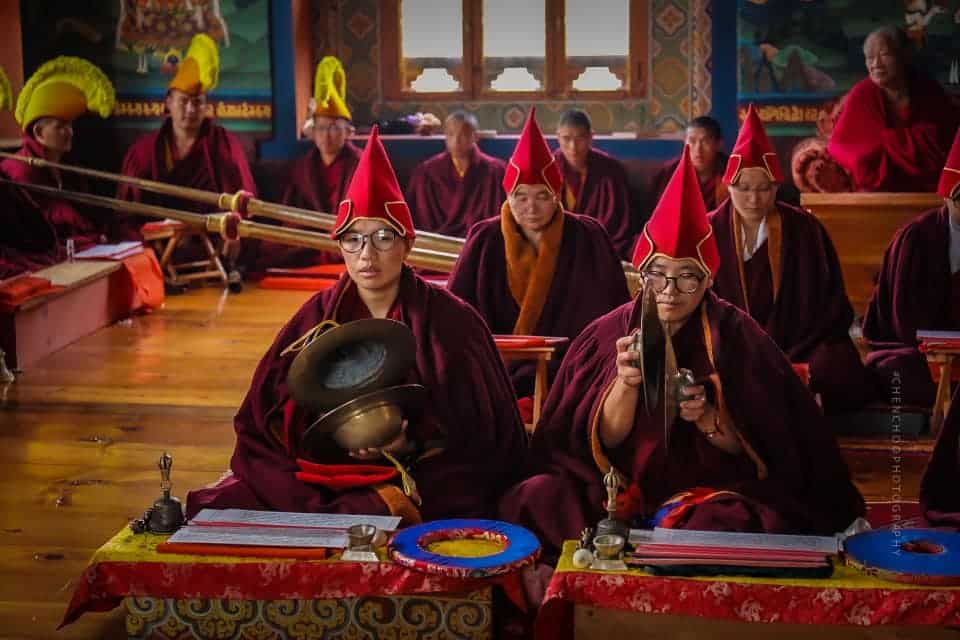 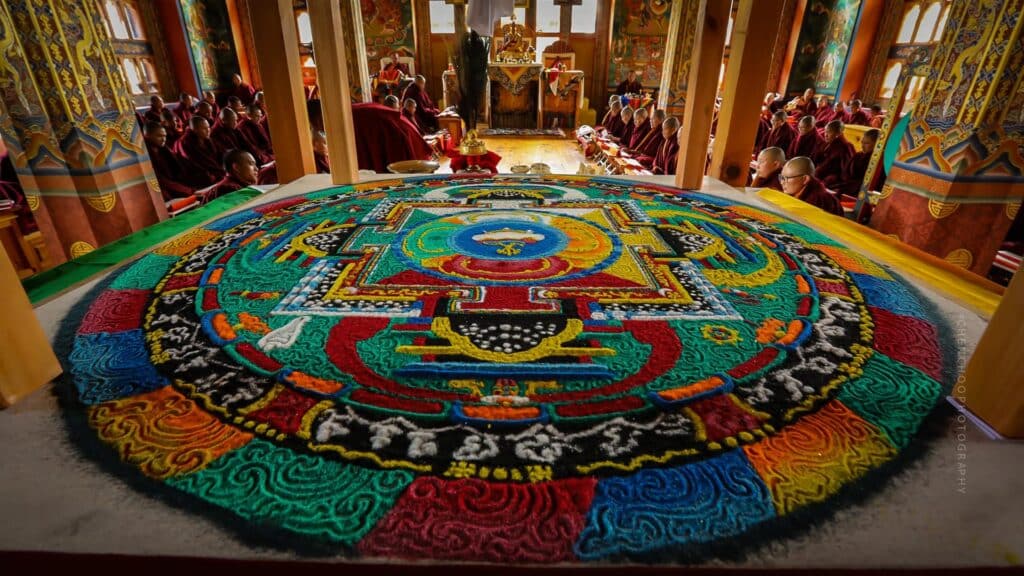 Jamyang Khyentse Wangpo (1820-1892) was one of the greatest teachers, scholars and tertöns of the 19th century. He was a leading figure in the nonsectarian Rime movement.

Jamyang Khyentse Chökyi Lodrö (1894-1959), was the primary incarnation of Jamyang Khyentse Wangpo, and a disciple of the Tenth Trungpa. Among his extensive writings is the well known (at least within the Shambhala Community) supplication to the Trungpa lineage, Ocean Waves of Devotion. The Eleventh Trungpa visited Dzongsar Monastery (the seat of the Khyentse lineage) when he was fourteen and received the Kalachakra empowerment from Dzongsar Khyentse Chökyi Lodrö.

Dilgo Khyentse Rinpoche (1910-1991), was recognized by Mipham Rinpoche as an incarnation of Jamyang Khyentse Wangpo. He was the heart-son of Jamyang Khyentse Chökyi Lodrö and became one of the most profound and influential Buddhist teachers of the 20th century. Chögyam Trungpa met him as a child and later wrote, "I felt drawn to him as if he had been my father..." For CTR's community of western students, Dilgo Khyentse Rinpoche is our kind and majestic grandfather, and spiritual benefactor.

Dzongsar Khyentse Rinpoche (born in 1961), is the primary incarnation of Jamyang Khyentse Chökyi Lodrö, and was educated mainly by Dilgo Khyentse Rinpoche. He also received teachings from the Sixteenth Gyalwang Karmapa and many other great teachers including his grandfather, Dudjom Rinpoche. His first main connection with CTR's students took place in 1987, after CTR's parinirvana, when he visited Boulder, Karme Chöling, and Nova Scotia as a member of Dilgo Khyentse's travelling party.