The set comprises 18 talks in black and white video on 5 DVDs, together with a 60 page study guide on PDF. Priced at $54, our intention is to make this set affordable for groups and individuals. Always colourful, full of humour and deeply touching the heart, Chögyam Trungpa will wake you up with this fresh, unpredictable and profound view of skillful means and wisdom.

A new DVD set of dharma teachings by the Vidyadhara Chögyam Trungpa Rinpoche has just been released by Kalapa Recordings. Never published before in video, these eighteen provocative and powerful dharma discourses, known as an ATS, or Advanced Training Session, were given in Berkeley and Santa Cruz, California in May and June of 1976.

Although it has taken years to bring them out in DVD, these teachings still speak directly to the experience of practitioners new and old. In the first five talks on the first stage of practice, Trungpa Rinpoche looks at the essence of the sitting practice of meditation. Continuing in the style of lamrim, or stages of the path, he then describes with beautiful metaphors the bodhisattva’s practice of the six enlightened actions or paramitas. Then in the last six talks he raises serious questions about what it means to have a commitment to a vajra master in the final stages of the path. The series has already been presented in Halifax at the Monday Night VCTR series over the past two years, to audiences of new and seasoned practitioners.

In this seminar the Vidyadhara Chögyam Trungpa offers far-reaching advice on how to fundamentally transform our lives with skillful means and wisdom as we journey on the three yanas, or stages, of the Buddhist path. As always, Trungpa Rinpoche stresses the practice of meditation as one of the most important tools of the journey. He also points out the many traps of spiritual materialism and self-deception that may be sidetracks along the way. He is sometimes enigmatic, sometimes magnetizing the audience, sometimes verging on shocking or insulting them, but always with the goal of introducing people to the compassion and sanity they inherently possess, again from Archarya Hardin, “Whenever Rinpoche walked into the room, the environment was electric.” His 60 page study guide provides a road map for any group presenting the talks in a course format.

Excerpted from Skillful Means and Wisdom: On the Buddhist Path Study Guide by Acharya Moh Hardin.

In 1976, students in California invited Trungpa Rinpoche to teach a six-week program there. This was an opportunity for teacher and students to be together for an extended period, particularly before Rinpoche’s one-year retreat, which would take place in 1977.

The seminar was presented as an Advanced Training Session, or ATS (DDT as Rinpoche refers to it). There were three parts to the ATS:

1.The first was a preliminary study program in which all participants took part. This included readings from Cutting Through Spiritual Materialism, The Myth of Freedom, and other books.

2. The second part was a four-week program in Berkeley, in which Rinpoche gave three evening talks a week for four weeks. There was sitting practice, discussion groups, and parties on the weekends.

3. In the third part, the seminar moved to a camp near Santa Cruz, California, for ten days. We slept in bunk beds and practiced together all day. Rinpoche gave talks in the evenings. It was here that Rinpoche gave his vajrayana talks.

The ATS was scheduled to follow the visit of His Holiness Dilgo Khyentse Rinpoche, a revered teacher of the Nyingma Lineage, and one of Trungpa Rinpoche’s personal teachers. His Holiness had already visited New York, Vermont, Boulder, and Berkeley, and Trungpa Rinpoche was in continual contact with him. While in California staying at the home of Lady Diana, the wife of Trungpa Rinpoche, Khyentse Rinpoche had a dream in which he recognized Rinpoche and Diana’s son, Gesar, as the reincarnation of Jamgon Kongtrul of Shechen, Trungpa Rinpoche’s root guru. You can read about this time from Lady Diana’s perspective in her book, Dragon Thunder: My Life with Chögyam Trungpa. His Holiness enthroned three-year-old Gesar as Jamgon Kongtrul at the Berkeley Dharmadhatu the morning of the day that the ATS began in the evening.

HH Khyentse Rinpoche was a very powerful, realized human being. His presence laid the ground for the environment in which the ATS would take place. There was a feeling throughout that His Holiness had further confirmed, empowered, and inspired Trungpa Rinpoche in his work with Western students. And we the students were reaping the benefit. Whenever Rinpoche walked into the room, the environment was electric.

Also of historical note, it was during his four-week stay in Berkeley that Trungpa Rinpoche firmly established formal service in his household. He had experimented with it in New York earlier in the year. Later that year, he moved into a new house in Boulder that would become the first Kalapa Court, where formal service would become part of the environment. However, it was in Berkeley that Rinpoche first took formal service to its full manifestation. Lady Diana, who was living outside of Berkeley in Lafayette, California, describes taking her dressage teacher, Charles de Kunffy, to dinner at Rinpoche’s household in Berkeley during this time.

We sat down to a lavish meal in the dining room. There was an exquisite linen tablecloth and beautiful linen napkins, and the food was served on the very nice Lenox china that was on loan. In the middle of the table was a large ornate silver candelabra. There were five or six servers, who served each course, kept the wine flowing, and cleared our plates from one course to the next. Charles couldn’t believe that Rinpoche ate like this every night. I couldn’t believe it either, but I didn’t let on that this was any different than a typical night in our household had ever been.
-From DRAGON THUNDER: My Life with Chögyam Trungpa. (Shambhala Publications)

One other historical reference point: This ATS was held in May and June of 1976. In October of that year, Trungpa Rinpoche began to present the Shambhala teachings and to plan for the introduction of Shambhala Training, a program of secular instruction in meditation. This was a pregnant time indeed, and Rinpoche was right on the cusp of another major transition in his life. 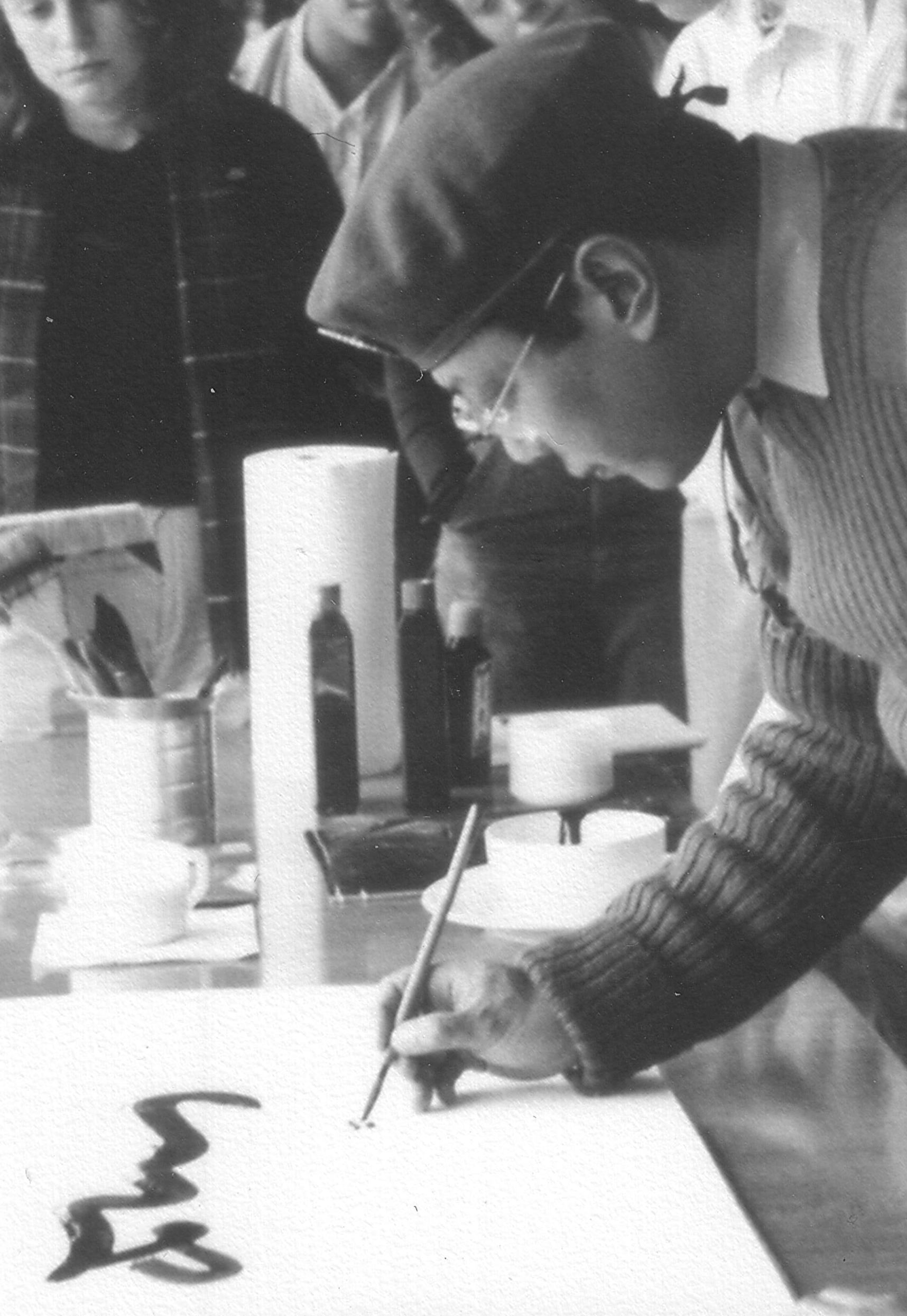