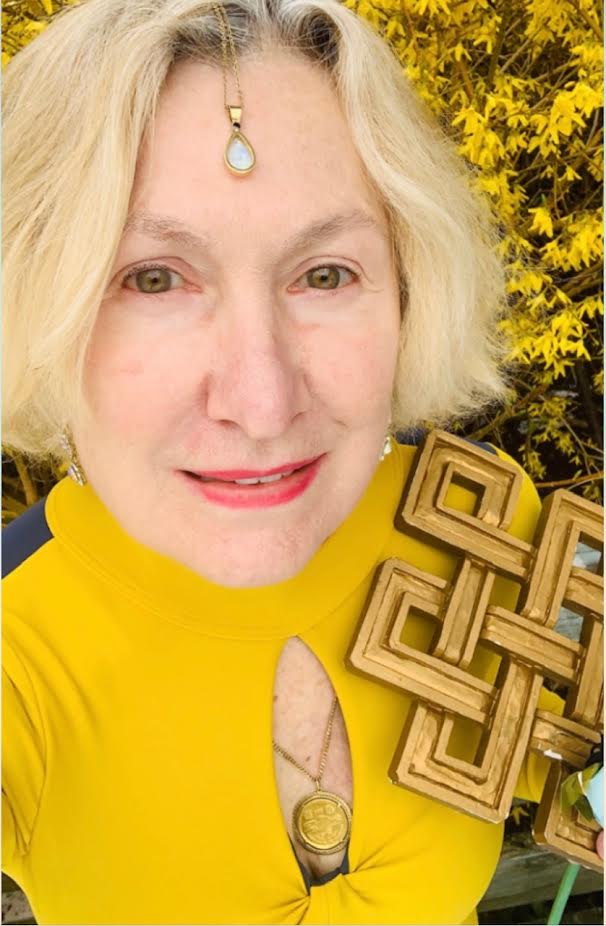 Deborah as Tara #12 during a Zoom production of
“Tara And Her Twenty-One Emanations.”
MilarepaChildrensTheaterAndChorus.com

To The Noble Sangha,

Deborah’s life was filled with love, compassion and kindness coupled with great energy, playfulness and a sharp wit. Reflecting on her accomplishments, “Buddha Activity” is what defines many of her most important marks on the world.

In the early 2000s Deborah became the director of the Shambhala Meditation Center of New York.  In three quick years, her vision dramatically transformed a quiet open space into the signature dharma center in New York, a booming place of Buddhist and Shambhala culture and practice.

Another major locus of her dharma activity was the Shambhala Trust. The Trust provides independent funding for projects that promote the vision of Shambhala. Deborah sat on the Trust for many years, and it became her family. Many of her closest friends are people she met and worked with through the Shambhala Trust. Her creativity and intelligence, along with her passion and generosity made her a bright light for the group.

A third very significant accomplishment was the leadership of the first visit to the US of His Holiness Karmapa XVII in 2008. Deborah was in charge of the first leg of that historic visit, organizing His Holiness’ residence, and enormous events in which he gave teachings and met with dignitaries throughout the city.  She helped create the mandala in which His Holiness could meet the west.

Deborah was married to Arbie Thalacker who died in 2012.  Arbie had a long tenure on the Boards of Shambhala International, Naropa University as well as the Shambhala Trust.
Her devoted son, Christopher Swoszowski has spent much of the last two years helping Deborah through the brain cancer treatments and to re-establish her life in Rhinebeck from Woodstock.  She was ever grateful for his care and support.

There will be two ceremonies for Deborah

I had heard of the work that Deborah (and Harvey) were making to help spread the Dharma in the West, but in 2008 I experienced Deborah's skill first hand. She was in charge of the mammoth project of presenting the 17th Karmapa for the first time to the USA. All the events she organized and created were beautiful. They were elegant, regal, inclusive, and true to the spirit of the lineage.

I can only imagine the stress and strain she was under with such a huge responsibility. I observed her manner and how she worked with her staff. I do not know how she felt, but she presented an image of poise, openness, and joy. She immediately became my role model for how to gracefully conduct oneself in that position. When I was in a similar (but much less fraught and big) position for a visit of Rabjam Rinpoche, Deborah offered her help and support. A wonderful generosity flowed from her heart and an elegance and grace that was so charming. Thank you Deborah for your great contributions to the Buddhadharma.

My memory of Deborah is very vague, but I remember that Deborah told me: one can feel the "Dot" while practicing the Ikebana.

Thank you so much for being my meditation instructor while I took Level IV & V trainings at Karme Choling.

From Heart of Buddha: Mandalas and Longchen