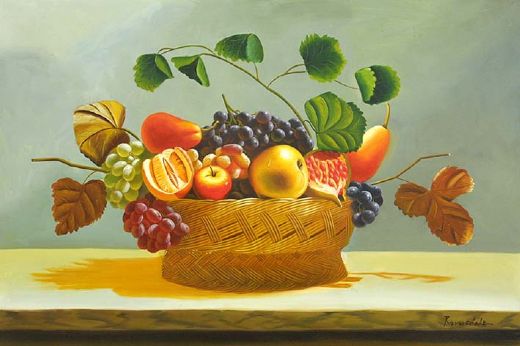 It was around 1975 or 1976 and I was a student at the University of California at Santa Barbara. I had been very interested in Buddhism since my early teens, particularly Zen, and was currently taking a course that was being co-taught by Maezumi Roshi. I had no interest in Tibetan Buddhism but saw an interesting title at the UC bookstore — Cutting Through Spiritual Materialism. I bought it, read it and like for so many others it changed my life. Fortunately, Rinpoche was coming to Santa Barbara for a public talk at, I believe, the Lobero Theater, and I went to see him. As it was so long ago I have only vague memories of that day. But I do remember this.

I went with a friend of mine who was a surfer and a student of some Hindu teacher he would visit in India. He was also a pot dealer and he said his guru told him to sell pot! I met him at the theater and he had brought a large basket of fruit and flowers to offer at the feet of the guru. I was embarrassed and quite judgmental. I told him that Buddhist teachers weren’t like Hindus, that you didn’t make these kinds of offerings. It seemed to me that this was exactly the kind of spiritual materialism that Trungpa Rinpoche was talking about. I don’t remember much about the talk other than Rinpoche saying we were especially guilty of spiritual materialism in California. I remember he wore a suit, seemed like he had been drinking a little, and was brilliant and funny.

At the end of the talk there was a receiving line to go up on stage and talk to him. I was too frightened to go near him but my friend insisted on going up and placing his offering at the guru’s feet. I stood in the back of the theater, my mind racing and heart pounding. I didn’t want this great teacher to know that this new age, pot smoking, surfer Hindu was with me. When it was my friend’s turn he went up to Rinpoche, bowed down and placed his offering at Rinpoche’s feet. Rinpoche leaned forward and touched his hand to my friend’s forehead and just smiled and exchanged a few words. I was embarrassed. My friend was ecstatic. And that was it.

I went for a while to attend some public classes at the Santa Barbara Dharma Study Group, but was not ready for all the sitting so I didn’t come back to the sangha for almost 13 years. When I told this story to a new sangha friend and long time student of the Vidyadhara, he told me that I had received my first teaching from Rinpoche back then. At the time I had missed it, but I did somehow know that if I ever had a teacher it would only be Trungpa Rinpoche. That one encounter stays with me to this day.