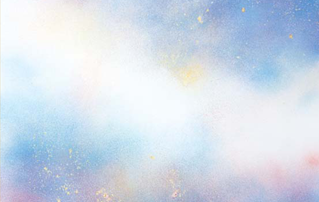 To think of Trungpa Rinpoche it is not just to remember an extraordinary man, but to be drawn into the depth and vastness of his mind, to glimpse a state of being, completely liberated and beyond concepts.

Although he left his body twenty years ago, his presence among us has never ceased. Rather, his influence on those he touched and continues to touch grows ever stronger as time goes by. It may be that we are only just beginning to see the immensity of his qualities and the power of his enlightened activity in the world.

I do not know how to express my gratitude for the good fortune of having met Trungpa Rinpoche and been close to him for a while. At that time I believed I was totally devoted to him and to the dharma; I had no idea how much I was really entangled in the emotions of samsara, so I could not understand why my practice did not go well and why I seemed unable to fulfill his wishes. Perhaps time and distance were needed to ripen the seeds he had planted. Although I must have disappointed him, through his compassion he never let me go, and now the reality of his presence in my life is more vivid than ever before. Yet I know this is nothing compared to the oneness with the mind of the guru that is made possible by genuine devotion, which he experienced for his own guru and for Guru Rinpoche.

There are so many ways in which he was special: his warmth and kindness, his complete engagement with his students, his curiosity and openness, his rare gift of communication. But looking back at his life, it seems to me that his most exceptional quality was his willingness to do anything whatever in order to convey the essential truth of dharma. He taught a lesson that very few others are willing to teach by their own example: that there is no one to protect. He cut through self-preservation in all its forms. He risked his health and his reputation, sometimes he went to outrageous extremes, to demonstrate that all appearance is a play. In doing this he showed us how to let go of absolutely everything, all concerns about oneself, all clinging to conventions, all concepts of good and bad. Just as he had wished to do, he lived his life as a bodhisattva, for whom every thought, word and action is the display of skilful means to lead sentient beings to awakening.

Hunting his prey
With fearless compassion
Undying wakefulness Chögyam the tiger
Still roams in his forest.

Originally posted on the Chronicles on April 5, 2007

Dharma in the West: Part Two