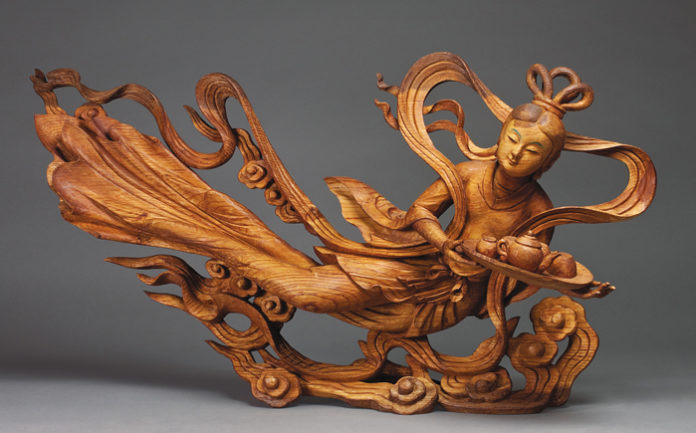 In 1982, I was encouraged to join the Dorje Kasung, partly, I was told, because it provided good context, structure, and occasions for direct encounters with the Vidyadhara. In spite of being an inveterate non-joiner and a Navy-parented, Jesuit-educated, anti-institutional, U.S. Army deserter and expatriate, I felt I should force myself to be exposed to this. I passed many hours of cool boredom on duty at various events, driving shifts, and the like, with often nary a glimpse of the principal in question. Indeed, I found myself guarding an empty house more than once.

One day I was asked to do the morning “personal” shift for the Vidyadhara at the Court, which at that time was occupying the home of Jim and Margaret Drescher on South Park Street in Halifax. Especially compared to the ministrations of the kusung, there was usually little that seemed personal about these shifts, at least not in the conventionally intimate sense. My first task would be to bring up a tray with the shrine bowls, loose gunpowder tea and hot water for the tea offering, once the kusung signaled that Rinpoche was ready to begin the day. When I entered his bedroom I found him sitting au naturel on the bed as inscrutable and indisputable as a very large granite cromlech. The kusung introduced me: “Sir, this is Mr. Esler, a boatbuilder.”

Intending to project confidence and comfort, I went straight into the scripted ritual. First a gentle but distinct bow. Then, holding it mindfully with both hands, I extended the tray out and down within the Vidyadhara’s easy reach. As what I can only call the power of emptiness penetrated me, the usefulness of the script was clear. With their long nails, the Vidyadhara’s fingers seemed a thousand years old as he fingered and then lifted a few small green boluses of gunpowder tea in exquisitely deliberate, yet unforced slow-motion, and trickled them into the first shrine bowl with an equally slow, delicate rubbing motion of his fingertips . . . . and glanced at me without comment. An awareness of breath and of thought was simply embedded in a silence interrupted only by the tea falling into the second bowl. Time had stopped.

As I straightened up and brought the tray toward me, I noticed my knees trembling slightly. It felt remarkable and strange to witness the apparently uncontradictory parallel operations of a blizzard of self-conscious thoughts and trembling knees, juxtaposed with a simple mind of presently executed and appreciative service. The stillness extended into vivid clarity as I poured crystalline, steaming water from a shining silver spout. It seemed to be just the right amount, in just the right way, into each of the waiting tea bowls.

Whether before, during or just after the water-pouring, I can’t recall, but at some point he said, “That’s very good “, in his falsetto. And for a moment, the profound, just, all-victorious, brilliant foundation of unvarnished, ordinary mind seemed unobscured.

The Parinirvana of Kyabje Mindrolling Trichen