Our dear friend Bill Scheffel took his life on July 8, in Boulder, Colorado. This is such sad and disturbing news. Bill was a devoted student of the Vidyadhara, a wonderful poet and documentary filmmaker. He will be sorely missed.

Bill Scheffel was a graduate of Naropa University, where he received an MFA in creative writing in 1994. He taught Chance, Synchronicity and Mind-writing for ten years in Boulder and throughout the U.S, and classes in creative non-fiction and poetry at Naropa University for many years. His own writing teachers include Allen Ginsberg, Anne Waldman and Diane di Prima, among others. Bill became a student of CTR in 1976, and began to teach Shambhala Training in 1980. He also taught the Shambhala Meditation Practicum at Naropa University from 1991 to 2004.

Here are some offerings from Bill.

Photos from Bill’s ceremony in Boulder by Marvin Ross 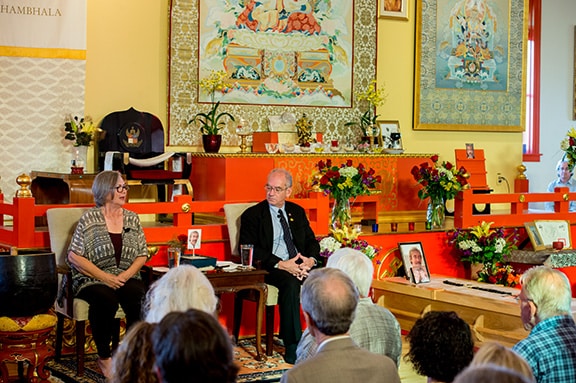 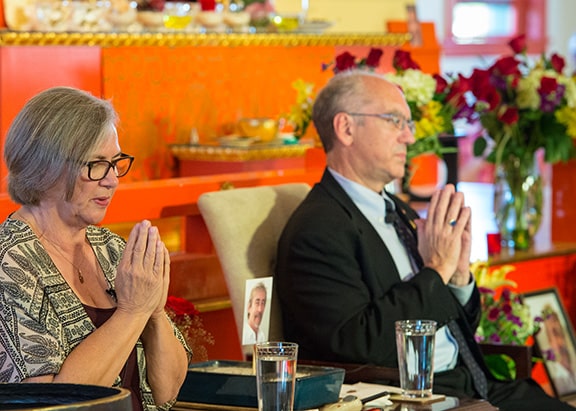 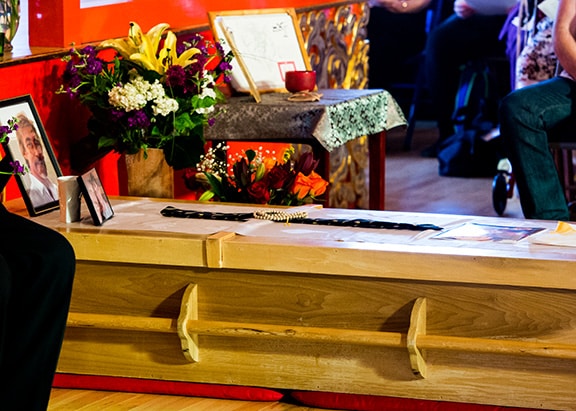 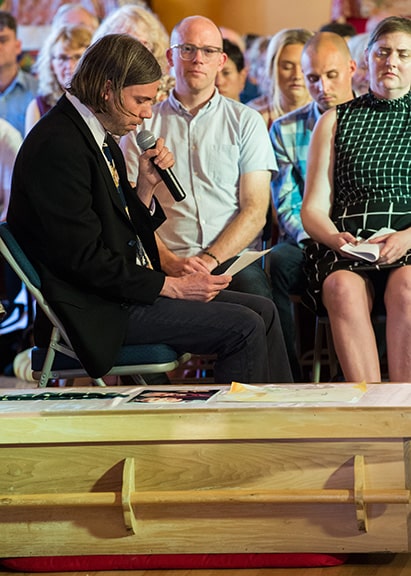 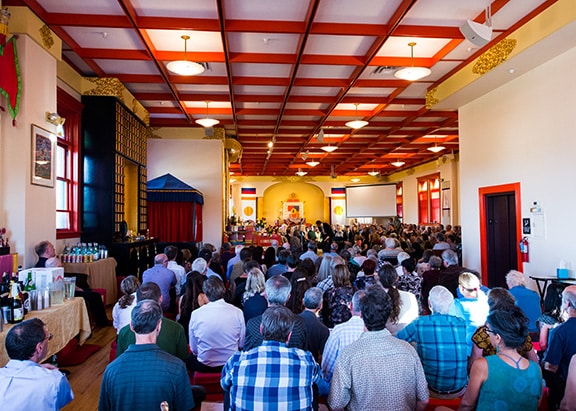 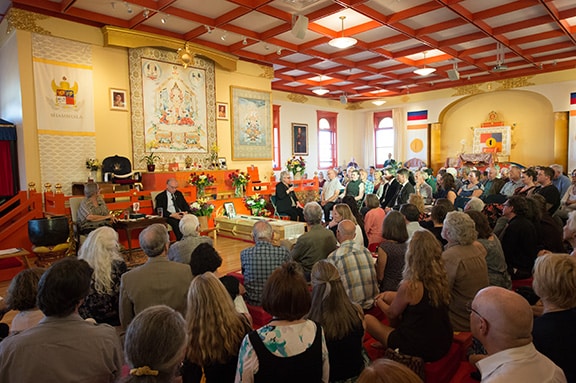 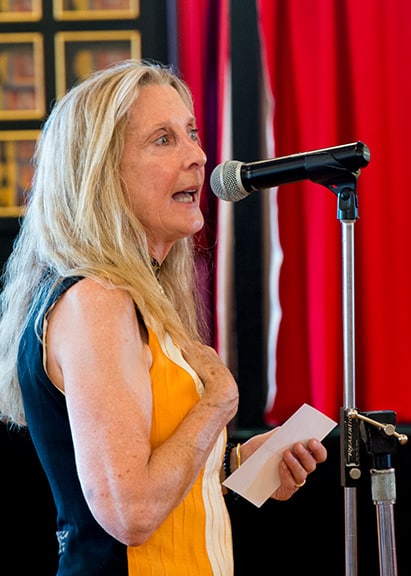 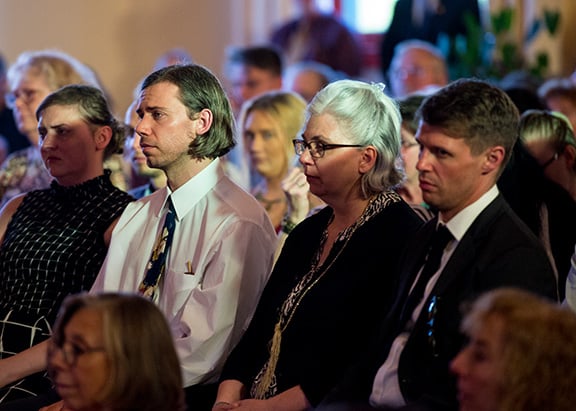 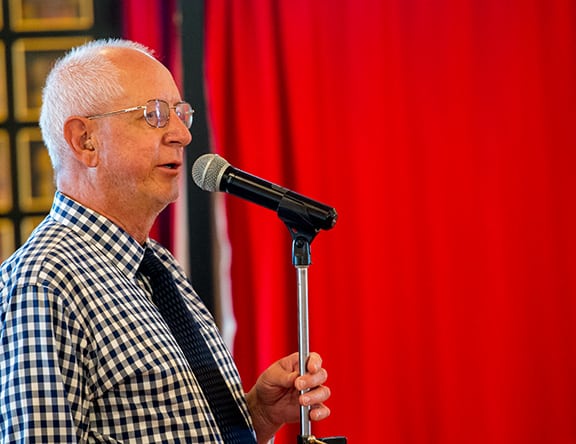 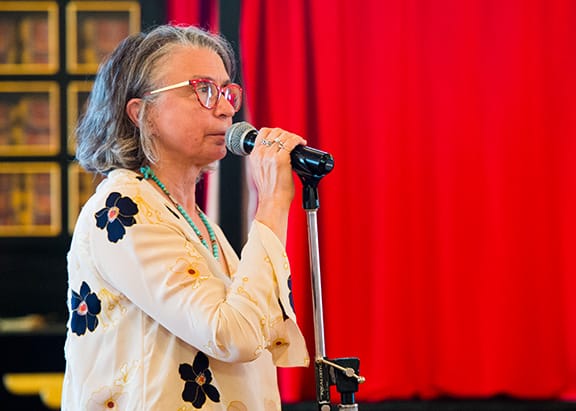 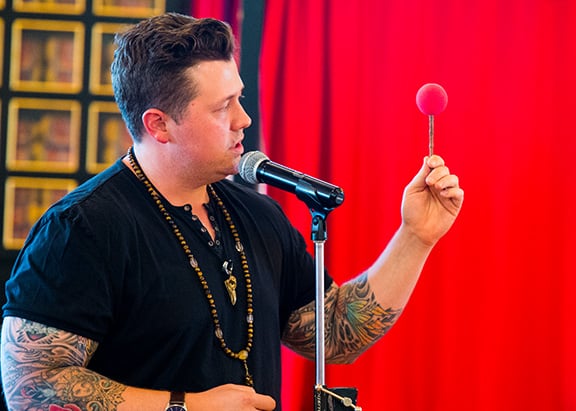 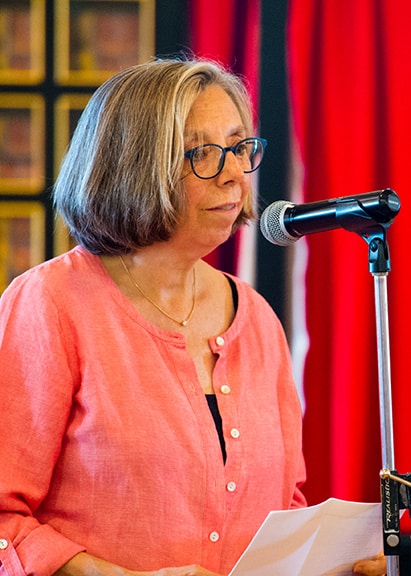 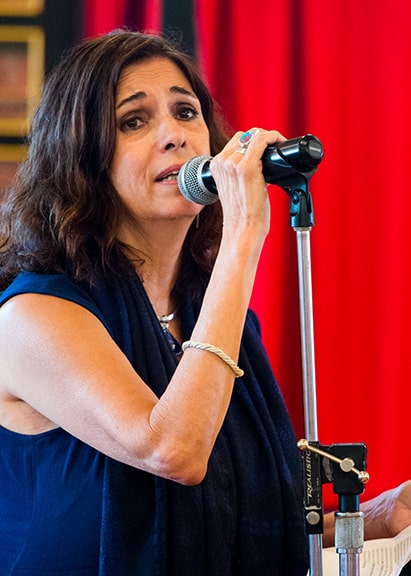 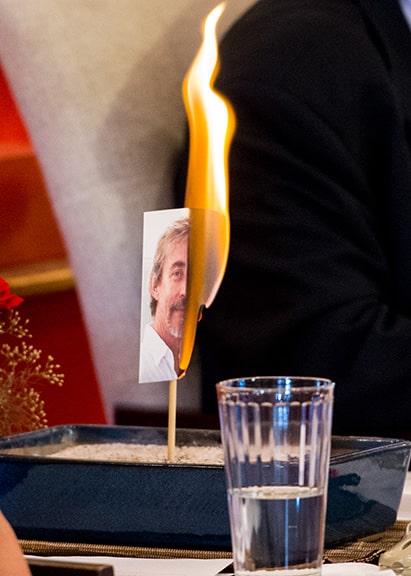 Once upon a time, Bill and I lived together in San Francisco. It was a busy time. Between our dharma and livelihood and social activities, driving around the city, cooking dinner with Steve (Lowell) and Donn (Tatum), we’d have long, rambling conversations about all kinds of things. One evening I asked him what was his first memory, and he said, being in a doorway, seeing my mother with her back to the door, bent over her sewing table. We talked about life in moments, a string of first moments. Later, as he was leafing through his textbooks on certified public accounting, I thought about the year leading up to then, and wrote this poem for him. I never gave it to him; later we split up, drifted apart.

The poem followed me around for many decades. Last year I finally sent it to him. He asked if he could publish it — but with just a few little edits? Sure I said, so he did, and sent the final to me. That was about the last time we really talked. We both got busy with other things. So here it is, a little bit for Bill in the beginning, a little bit from Bill in the end. I know he would approve of the punctuation because he edited it that way.

Did I Miss the Dralas?

Mostly, but
Well —
there were some things.
The attic, the bound letters, the laces
the maple tree in the clearing, the sunlight on the Charles,
the smell of the various blossoms.
The times of night, the diner, the grease,
the parking lot at Girl Scout Point, the drives down the river road
The solid sticky front door, the glow of the television, the
solid quiet house, the bacon at six a.m., the faces
of my parents — the feel of waking up.
The cold house, the frozen laundry in the snow, that room,
the bullet breaking the bottle, the bounce of the truck
The slummy, half-built house near the waterfall, Rinpoche’s book on the floor,
the hours, the station wagon and the deserted main roads
my sister Heather, my brother Rob
New York City side roads, my brother turning in, saying,
well, you only die once
The bottom of a riverbed, green clay, a swarm of hornets under the deck
Niagara Falls, the Kansas highway at night, a waitress’s smile;
the familiar porch again, the rice wine, a tiny sweet apple
the grasshoppers on the irises, the white porch furniture,
the Wall Street Journal, hot from the sun;
Standing in nylons in a cold, cold viaduct at night, looking
for a lost pair of glasses
Lying under yellow aspens in the clear fall clear blue sky
the garbage truck at 5 a.m., the dope in the kitchen drawer,
Rinpoche’s flossing gear in the tiled bathroom
the dirt road in Jackson that was just like Gustavus, that was just like
that certain street in Boulder that I’d cross in the morning years before
The walk to the assembly hall, the moon on the mountain;
cleaning the ink off the brush.
You know, at some point we’ll remember all this just like this
on a cool, steel-blue day:
the candlelight and television
the feel of the car, the brakes, the traffic in San Francisco;
the dining room table’s squeak, the textbooks, turning a page
and your mother bent over her sewing
as we watched through a partly opened door.

A Report from Cathy Heikkinen 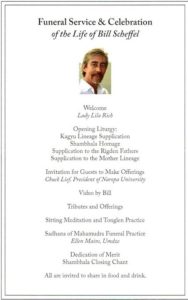 The shrine room was completely packed. There were many, many people of the old guard there. But, there were also a number of younger people who I assume were Bill’s Naropa, Shambhala or meditation students. Lila Rich and Chuck Lief led the service. Bill’s son Devin, his first wife Lisa, his second wife and the woman he was currently with were all there. Devin gave a particularly moving tribute to his dad.

During the service and afterward, I was struck by how many people said they had seen or spoken with Bill in the last few weeks leading up to his death. Apparently he had spoken at the first community meeting after the resignations. Everyone said he appeared shaken, but I don’t know what he said.

Maybe a day or so later, Bill had a heart to heart with Chuck about whether his life had been worthwhile and whether he had had any impact on the world. A day or so after that conversation, he was dead. It seemed like no one really knew that he was having any kind of psychotic break, although, of course, it was widely known that he had been exploring the juxtaposition of religious insight and psychosis, although he didn’t phrase it exactly like that.

The service brought his essence into the room. Everyone talked about his kindness and his many other good qualities. We watched part of a video he did in Cambodia. We did Sukhavati, but not the Sadhana of Mahamudra. Then, we sang the anthem.

Afterward, there was food and drink in the shrine room. It was a very nice gathering and I know you would have enjoyed seeing old friends. A few people told me that there were others who probably hadn’t been in the shrine room in many years.

One person expressed to me the strong feeling that a piece of any reconciliation in the Shambhala community has to include examining why CTR’s former students were pushed out. At the same time, there was just such a strong feeling of how important it is for all of us to be kind to one another.

Everyone is brokenhearted about Bill.

I am writing to thank Cathy Heikkinen for her lovely observations while attending Bill’s sukhavati.

My name is Kathleen Mayberry and I am the woman who has been in relationship with Bill. I was the last person who spoke about him.

It was interesting to read someone has spoken to you about the need for Shambhala International to examine why teachers for CTR were pushed out?

I called SI last week, angry on the second day after his death. I spoke to David Brown, secretary to the Sakyong and told him Bill was wounded deeply by that action which occurred with no dialogue or explanation by the Sakyong. Bill, who so loved community and acting lovingly within it was denied more opportunities to serve within the mandala. I speculate that this loss stayed with him because of his devotion to CTR.

My dear, close friend, Bill Scheffel, took his life two days ago. This is tragic and beyond understanding. He was the kindest, gentlest and gifted human being I’ve known – incredibly caring, especially for those suffering from depression and manic states. Bill’s willingness to explore his own experiences of extreme states of mind and his honesty and generosity to share his insights and vulnerabilities was immensely helpful to many people. He was a rare jewel, now lost. This is unbearably sad for those of us who cherished his life and work.

My stories of Bill are so tender and intimate and feel best honored held closely to my heart. But I want to share a poem he wrote for me when I was going through a painful time and my beloved dog was dying. I remembered it after I heard he had passed and it brought me enormous comfort.

Scream of a saw then the board drops.
The men will be paid and the condos will sell.
Bukowski wouldn’t approve of that kind of value-added
but he’d understand your dog’s slow death
and nod to it. One needs his
uncompromising language
sometimes, to get at one’s own
latest floorboard above
the free-fall. Sometimes a
layer of grief, depression,
self-axing, or a ten-year long
chewed over narrative.
It doesn’t matter how
noxious the stain, when
the floorboard breaks
the fall is an infinite
homecoming.

Bill Scheffel, Naropa poet,
committed suicide July 8.
I knew Bill a little…too tender
for this world…too sweet…
took it all to heart too much.

Was it in protest of a dream he
took to be reality that made him
take his life? He was depressed,
we know.

Maybe it was because he couldn’t
write the poem he needed to, so,
he used his life instead.

Burned up in a car, now there’s
an image…
a poet, bursts into flame…
consequently, incidentally,
a coke machine releases a stick
of dynamite.

I can only conclude Bill was telling
us to wake up by blazing his body.
His ashes are the ink we use
to tell the truth.