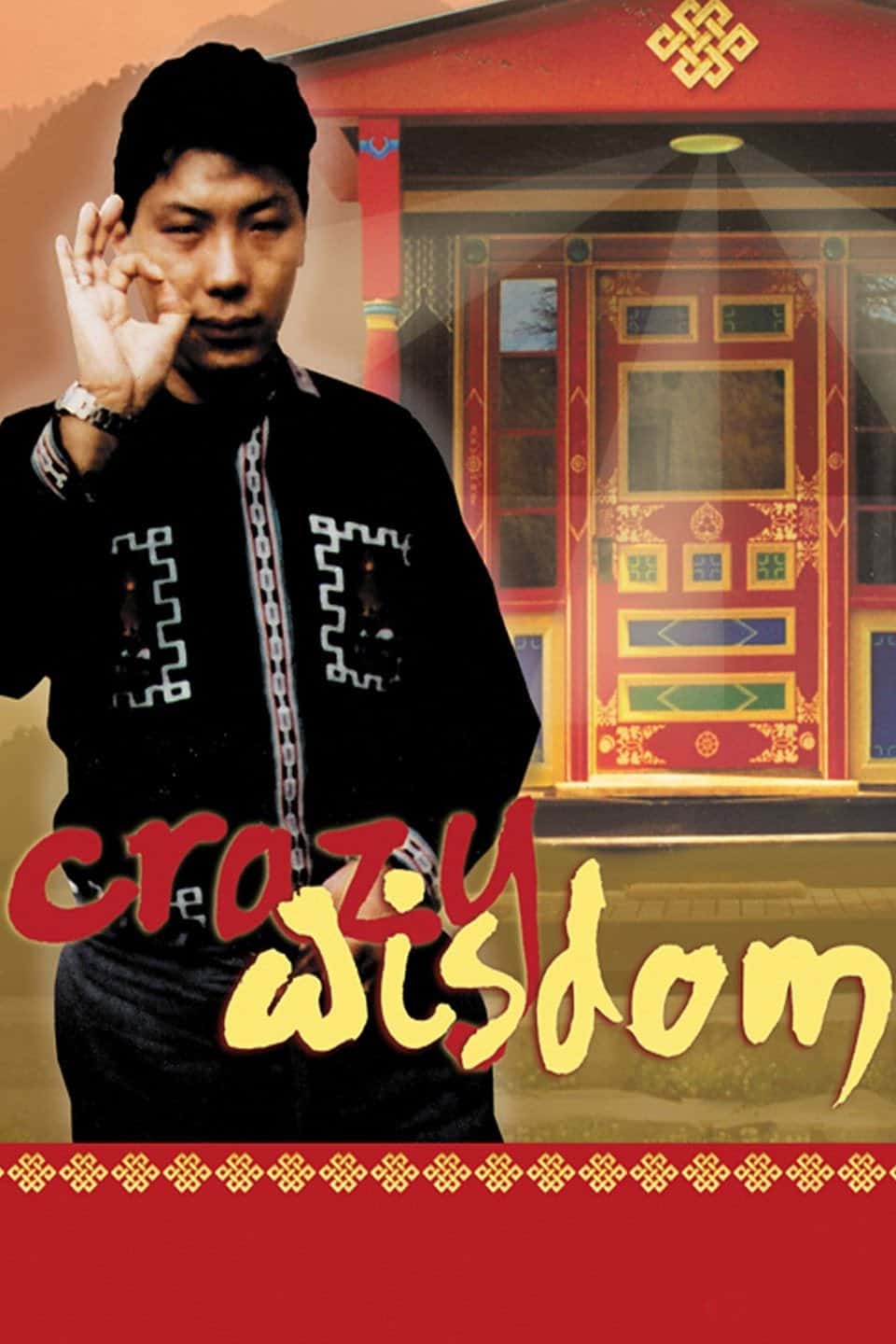 Many, if not most of us, have now gotten used to watching big events on little screens. Chögyam Trungpa’s life deserves every inch of the big screen treatment it gets in this film, starting right smack in the middle of “the slime and muck of the dark age” he walked into when he escaped from Stone Age-tech Tibet in 1959.

With an archival lust for the facts and images of his most early years in the West, at Oxford, Crazy Wisdom fills in gaps not even most of his most direct students know, rescuing the still-exact memories of his very first students, for example, how the joke shop accident happened (“I should never have put a Tibetan behind the wheel”) which left him partly left-side paralyzed, but not crippled, to say the least.

Sex, cigarettes, alcohol — nothing’s hidden here. Going for the guts of western karma: inventing a military whose motto is “Victory Over War”; creating art whose purpose is not to entertain but to wake us up in the simplest gestures; softly, repeatedly saying, “The world needs your help.”

Yes, this film re-presents the spiritually materialistic (his term) culture he entered when he came to North America in 1970. But it more than documents, it captures, in fact, transmits the generational experience of his work and teaching: muscling up the English language, puncturing privacy, creating a constant chaos that continually pulled rug after rug out from under his students always to point to an unconditional reality that is innately unselfish, compassionate, fearlessly sensual, and everpresent.

Like his teaching and presence, in its against-your-skin-intimacy, majesty, and insult, this film plants nuggets, seeds of insight and painful experience (starving escapees forced to eat shoe leather for protein) in recurrent memory.

The buddhadharma is a path. This movie puts the feet in footage. Crazy Wisdom (“wisdom gone wild”) is unforgettable.

The Chronicles
A live show about is the Karmapas: CTR's relationship to the 16th HHK, his historic visits, and the upcoming first visit of the 17th Karmapa to North America.

A Conversation about the Vajra Regent with Kenneth Green