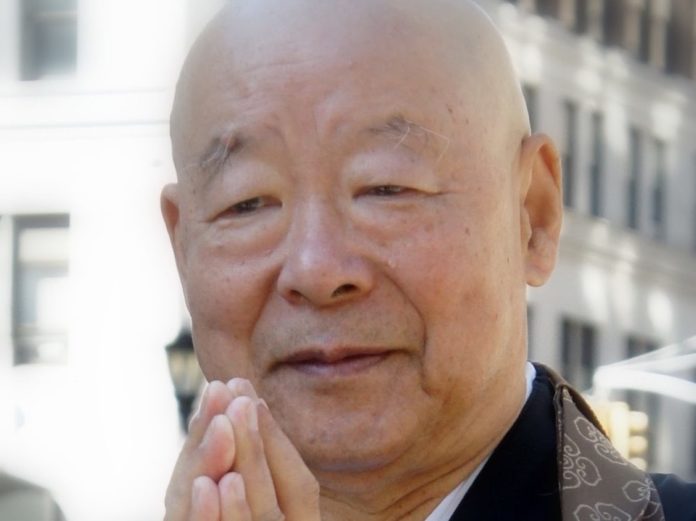 Eido Roshi is a Rinzai Zen master and the abbott of New York Zendo Shobo-Ji and Dai Bosatsu Zendo, both in New York. Over the years, Eido Roshi has been an important teacher and mentor for many students of Chogyam Trungpa.

Among over a dozen “swans who came to the lake” from foreign countries during the 1960s, Trungpa Rinpoche in particular stood out from all the rest. There are many reasons why: his English was incomparably better than the others, and his understanding of Buddhist psychology and human psychology were unfathomable. But most importantly, he knew the North American mentality as intimately as if he were born here.

All of us ‘swans’ knew the proverb “when in Rome, do as the Romans do.” And although we did our best to adapt to our new environment, most of us — whether coming from Soto, Rinzai, Tibetan or Theravadan traditions — still carried our own customs internally and externally, and perhaps had pride in our own traditions and looked at North Americans a bit contemptuously at first, thinking “we swans brought Buddhism to this lake to teach you.” This arrogance was immediately noticed by everyone in the lake. But Trungpa Rinpoche, while one of the swans, was also one of the people in the lake. He had the utmost integrity without a trace of condescension.

20 years ago, Trungpa Rinpoche’s corporeal body disintegrated, but the lasting wisdom of his teachings continues to shine more brilliantly year after year.