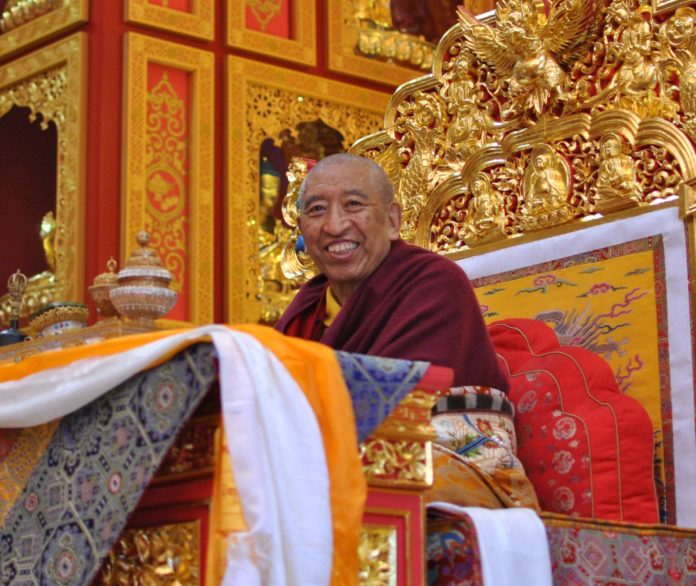 Trungpa Rinpoche came to America in the early days of the spread of Buddhism in the west. He was able to connect with many people and many became his disciples. His teachings have spread all over the world and have been translated into many languages. He had tremendous wisdom and compassion. Those who became his students and those who were able to meet him were very fortunate to have known such a great teacher.

I would like to give some advice to everyone on the 20th anniversary of his parinirvana:

“Please remember him and his teaching and his blessings will come to you for your meditation and prayers. On this anniversary, pray to him. Also it would be very good if you can make offerings to his reincarnation in Surmang.”