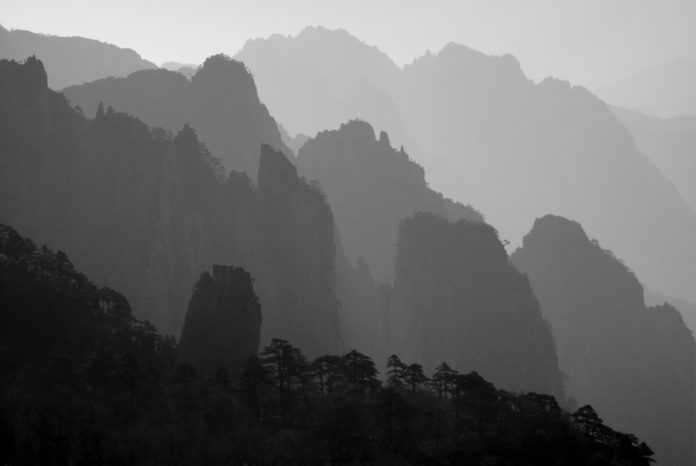 I’d like to share my story of a personal teaching that the Vidyadhara gave to me in the early 1970s. Its import has grown for me over these many years. But I’ve only been opening wide to his gift to me within the last five years, as aging and challenged health have heightened the vulnerability and preciousness of living. Now I know that his gift will continue to bloom in me for the rest of my living. Indeed, it is preparing me for dying.

Once I was orphaned, at age eleven, I spent much of my teenage and early years with an empty, sad, and lonely heart. I sought connection but was afraid of rejection and so did not find many connections that I could trust and dance with.

In early 1971, in my mid-twenties, I read Meditation in Action and began to practice sitting meditation. Though I felt a connection to Rinpoche, I did not yet feel the need for a teacher. A major car accident later that year blew me wide open. I was floating in space with no earth to touch, to ground me. As soon as I could, I headed straight for the Dharma Study Group in New York City.

I first experienced the Vidyadhara’s presence when he was being interviewed by Allen Ginsberg on public television on either Christmas Eve or New Year’s Eve of that year. Instantaneously, I knew. I found my way to Tail of the Tiger, now Karme Choling, as soon as I could that following summer for a seminar with him. During that weekend, I met and spent personal time with him.

My fundamental need to be seen, to be known expressed itself in seeking attention from Rinpoche. When he would be teaching in NYC or I would attend a program at Tail of the Tiger, he’d kindly give me some time and space. During one of Rinpoche’s visits to New York City, I tried to arrange a “date” with him. I wished to take him to the Museum of Natural History to see their exhibition of shells but, honestly, I wanted to be the primary object, or was it the subject, of his attention. Given the intensity of his schedule, there was difficulty arranging time.

During that visit, he gave teachings that I attended at the Dharmadhatu. Since I had not heard about our tentatively planned get together, I went towards him as he left the podium, heading for the bathroom. I’m not sure that I said anything beyond “Rinpoche?” He responded in a very gentle voice saying, “Joan, please give me space” and continued on his way.

His request completely tore the ground out from under me. I retreated immediately, managing to make my way to the sidelines, and dissolved into a weeping whirlpool of unrequited love.

During the ensuing months and years of the seventies and eighties, until Rinpoche died, I received all of his teachings in that heart space of unrequited love, immersing myself in practice and study. While I completely trusted him as my teacher, I did not know how to give him space and personally approach him so I rarely approached. I deeply, absolutely knew, that he was not to blame for my pain. It was mine to live and breathe with, learning to take it in and let it go. I was responsible for my predicament.” I yearned to have one-on-one contact with him beyond what occurred during his teachings, but was held back by shakiness and fear.

At the same time, giving him space meant I began to discover space in and around myself, and then between myself and others” that pregnant, empty fullness where any-thing and no-thing, every thought and no thought, happens. Space kept arising in front of me, behind me, inside of me, outside of me. In sensing myself, I explored the three dimensional space of my inner body, so full of multifarious pulsing tissues, yet so empty. And, beyond but also right here, I felt the vast open space that surrounds our planet and also defines each gap between my thoughts and my spoken words. In touching or standing with someone, I felt the potent space within and between. As I experienced the shared space with others, yearning was accentuated, loneliness was heightened, inter-connection intensified. Falling in love again and again. Discovering that giving space to another births awakening and generosity.

But I still felt some edge of pain, that I had been rejected by Rinpoche. It took me many years to experience and realize that he had given me an extraordinary gift. In asking me to please give him space, he had demonstrated his confidence in and unconditional love for me. I now feel that he trusted that I could stumble along, being bumped by the phenomenal world continually, and find vast, open space right there. He knew that I had to find space within in order to give it to himself or anyone. And that unconditional love spontaneously arises in and manifests out of that space, the love that includes all conditions, as a fresh spring spouts forth whether it is hot and dusty or cool and rainy.

Now, this teaching illuminates my mind and warms my heart every day. As I sit at this dining room table, sensing the space of the room surrounding me, seeing the vivid red of the painted chest in the corner, feeling my feet touching the wooden floor, hearing the clanging of the heat in the pipes, an inner bowing in gratitude arises. Thank you, Rinpoche” I will continue to work on it always!