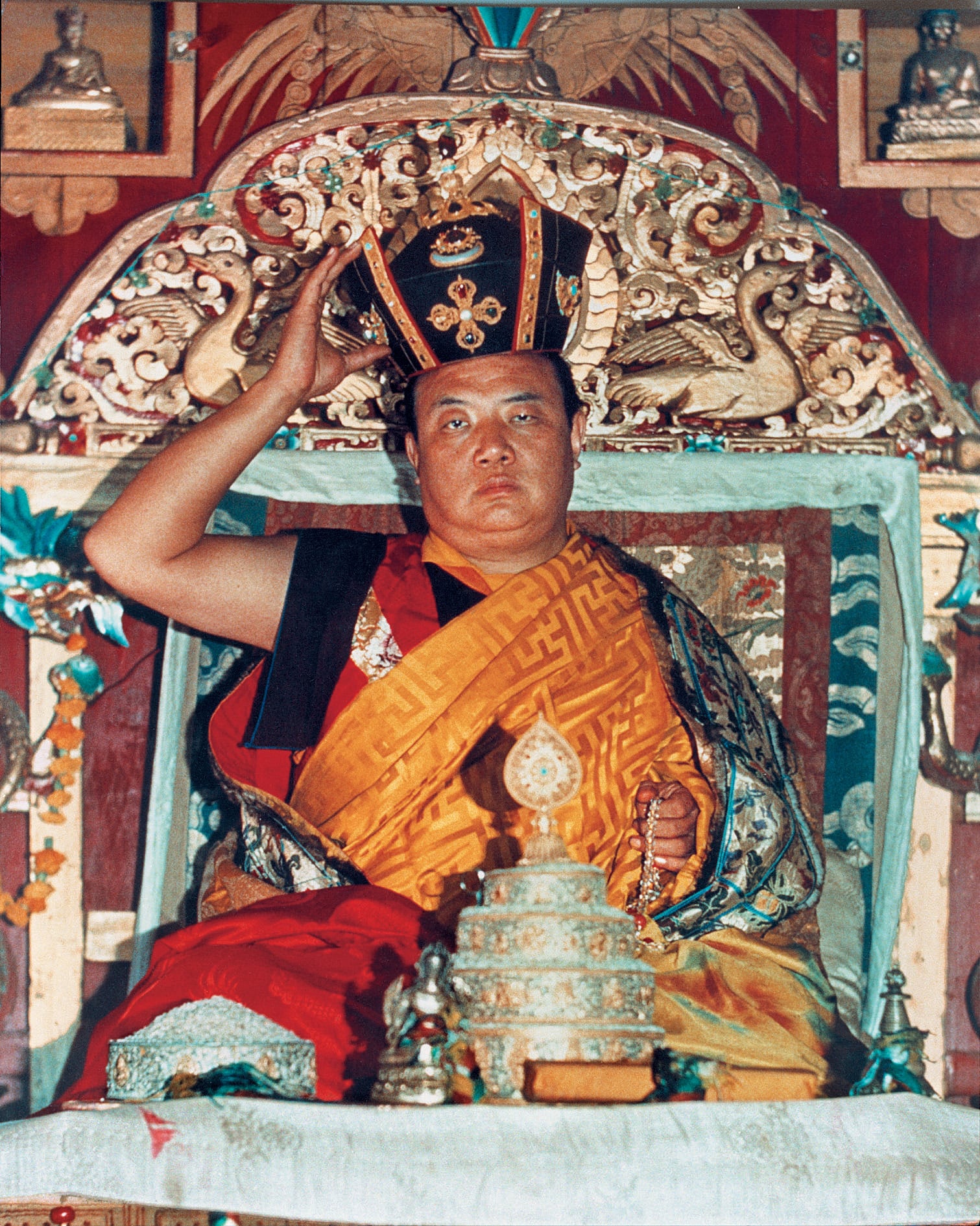 A glimpse of Avalokiteśvara

During the 16th Karmapa’s 1980 third and final tour of North America, he visited Santa Fe, New Mexico and performed the Black Crown Ceremony. On November 3rd, I traveled in a VW bus from Boulder to Santa Fe with four other dharma practitioners, including Pema Chödrön. Upon arrival, we went to the local convention center where His Holiness was performing the Black Crown Ceremony. We had no idea which part of the ceremony would be taking place. We just wanted to see him.

We entered the convention center, and took the elevator up a few floors. It led to one of the portals that opened directly into a large indoor amphitheater. We were well above the amphitheater’s ground floor where fifty or so people were each receiving blessings from His Holiness after the Black Crown Ceremony. What I saw the instant we emerged from this portal into the amphitheater was not His Holiness the Sixteenth Karmapa but radiant and resplendent Avalokiteśvara. He was luminous white with many arms which were simultaneously blessing everyone. His hands were moving so rapidly bestowing potent and limitless blessings in so many different directions—this is quite challenging to describe. It was totally overwhelming and breathtaking to witness other-worldly compassionate activity taking place in this human realm. Avalokiteśvara’s transparent body was complete with crown, jewel ornaments, rainbow colored raiment, exactly as painted in countless thangkas. Then I blinked and saw His Holiness the Sixteenth Karmapa seated blessing people one-by-one. I don’t know what else to say, other than this knowingness that Avalokiteśvara thangkas are literally painted exactly as he appears in the Saṃbhogakāya. This experience resulted in a radically enhanced view of the sacredness and fathomless power of thangkas as well as increased devotion towards the Karmapa.

-From November published Volume 2 Radiant Compassion, The Life of the 16th Gyalwa Karmapa.