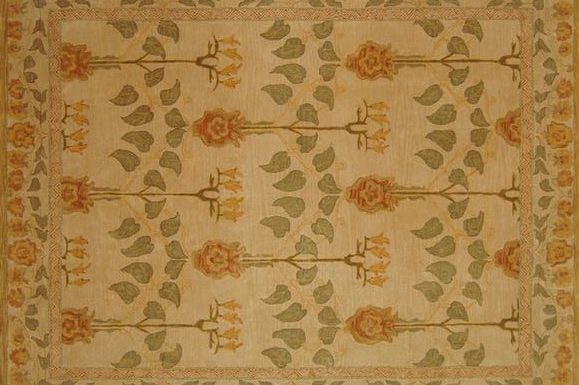 As the maintenance man at Naropa Institute in the summer of 1980 I shared the job with work-study partner Harold Turner of setting up and taking down for the President’s Class, a course taught by Rinpoche at an off-campus hall. We took turns opening the building and setting the stage with a chair and sidetable, a five-by-eight foot rug placed in front, a banner or two and good lighting.

The class began the same as always, all rising at Rinpoche’s entrance and taking his seat and all of us then taking our seats. There followed a longer than usual pre-talk silence. Then Rinpoche looked out at the audience and signaled a come-hither once or twice with the back of his fingers like a backward wave.

We all quietly sat there waiting for the person Rinpoche meant to come forward to do so, but no one did. Then Rinpoche pointedly tapped the air with his forefinger in the direction of the floor followed by another come-hither, come-hither.

After a long pause it was dawning on me who else could Rinpoche be summoning, not a member of the large audience, not likely. Rinpoche had to be summoning whoever was in charge of logistics for the class, concerning the floor. It dawned on me that Rinpoche was calling me up to the stage since I was the one who got things ready for class that day. And realizing that, I stood up in the audience and walked down the aisle.

At that time, being in front of a lot of other people like that might give me palpitations of self-consciousness, but it didn’t. It was just so ordinary and luminous in the sense of thamel gyi shepa. Crossing the orchestra, bowing as I walked by and going up some steps, I crossed the stage to Rinpoche.

Again with his forefinger Rinpoche tapped the air toward the floor where the rug was laid, and then made a slight circular motion with the same finger once or twice. Kneeling down and looking at the rug, unsure what was being asked of me, I couldn’t see what Rinpoche was pointing to. Maybe I lifted a corner of the rug and got a sign this was what was to be done, that the rug should be turned over.

As I did so I saw that the bottom side was also tufted but more luxuriantly plush than the side that was on top. Clearly the rug was upside-down. So I turned the rug right-side up, and may have smoothed the fringe a little before bowing and retracing my steps back to my aisle-seat in the mid-section. This took several minutes and the silence was unbroken in the hushed auditorium.