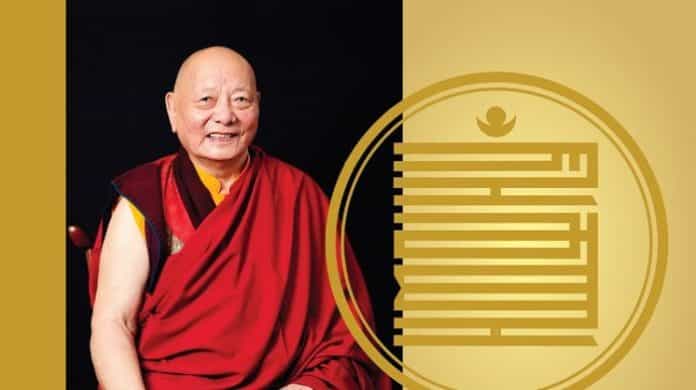 Khenpo Karthar Rinpoche was renowned and celebrated for his immeasurable devotion that knew no bounds, his unwavering steadfastness in fulfilling the commands of the Karmapa despite horrendous difficulties and obstacles, his attainment in mahamudra, his accomplishments in all monastic arts, his pure ethics and flawless morality, as a brilliant scholar, and as a skilled and inspiring teacher. Born in eastern Tibet in 1924, Khenpo Karthar Rinpoche was one of the great living masters of the Karma Kagyu tradition. Rinpoche, who received most of his training and education in Tibet before the Chinese invasion, was highly accomplished in meditation, philosophy, and monastic arts. Abbot of KTD and retreat master of Karme Ling Three-Year Retreat Center, Rinpoche has innumerable devoted students whom he taught and guided with infinite generosity, compassion, and wisdom. After almost fifty years of spreading the Dharma outside Tibet, Rinpoche has a prolific body of work published in English, Spanish, and Chinese. Read More

Gesar Mukpo
Gesar writes: I put this tribute slideshow to my father together. Check it out and spread the link to anyone who may like to watch it. I feel very fortunate to have had such an amazing father and am honored that he touched so many lives. Happy Parinirvana day all and jolly "good luck!"