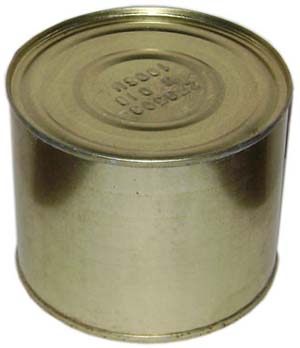 I had not actually met Trungpa Rinpoche at that time, and was excited to be working in his household and attending the seminar.

I peered out of the crack in the kitchen door, to catch a glimpse of the Vidyadhara himself, sitting out in a sunny indoor patio breakfast room of the house. He was wearing a light summer Japanese kimono…Just sitting there…He must have noticed my peering glances behind the kitchen door, but did not acknowledge in kind.

Lunch that day turned out to be a simple concoction of US Army ration canned beef stew and white rice. The Vidyadhara took a liking to this particular fare, having recently had some meals of the same prepared at the ’79 Magyal Pomra Encampment.

All is well, I have one pot of boiling water to boil the stew. One just puts the can in the boiling water and it cooks, can and all. Another pot would be ready to make the rice…

Just then, the Vidyadhara enters the kitchen. He inquires as to how it is going…I show him the pot of boiling water and show him my intention to cook the rice in the second pot … Very simple procedure yet the whole scenario seems to be getting a bit surreal. I am experiencing a chuckling trepidation on the inside as to this whole affair…He checks out the two pots in a thorough manor. I am sure he is checking on the cook as well…He looks it all over and says,

and he walks back out of the kitchen.

I am left feeling quite noticed and my simple lunch procedure takes on a whole new perspective.

Soon after, the green beef stew can is put in the boiling water, the rice gets cooked…The finished beef stew can is opened and its contents are laced directly over the mound of steaming white rice…Lunch is served.