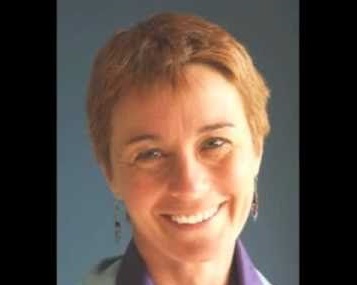 About 15 of us were doing the first dathun at the Abbey in January, 1986. The place was abuzz because Rinpoche was coming up to Halifax for the shrine blessing at Karma Dzong. It was decided that the dathun would take a break and go down for this event. I was aghast that we would break the discipline like that. I was here to practice! I had never met Rinpoche before and so the significance of the event was lost on me.

But we all piled into the cars and headed south. As we came down the Cabot Trail into Cheticamp, a huge mountain lion bounded across the road. Later the park ranger said there hadn’t been a sighting for over 20 years. I had not yet heard of auspicious coincidence.

At the centre, I offered to help and a “Vajradhatu type” handed me a sheath of programs. I wasn’t too sure about all these people in their blue blazers and pins but it had been a year of new experiences for me, doing Level 1 in June and moving to the Abbey in July.

So I stood dutifully inside the shrine door by myself, trying to stay out of the way. The big orange door (so garish! I thought) slowly swung open and four blue blazers came in. There was someone else with them, smaller than any of them. He appeared to be drunk as he leaned heavily on one of them and walked with a limp. As he turned, I realized he was asian and thought “I wonder if that’s The Man.” He looked carefully around the room, saying in this high squeaky voice “It’s beautiful. It’s beautiful. Thank you very much. Thank you very much.” I thought, “Is he drunk? Or is he crazy?”

As they moved around the room I shifted from one foot to another. I compared a root canal to this experience and decided I preferred the root canal. As they turned back to leave, I tried to make myself smaller, blend in with the orange door. Rinpoche paused as he came beside me. He turned his head and looked directly into me over his glasses. I gulped and felt a million hairs on the back of my neck come to attention. I, who never stutter, offered a program saying. “Wou..would you like one, Sir?”

“Thank you very much, my dear.”

Something was melting inside me and I felt my knees give. He smiled a sweet little smile and floated away. A few minutes later, a kasung came in and found a puddle of water sitting on the chair inside the door. It was me. He asked if I was alright. I just looked at him with tears in my eyes and said, “Yes.”