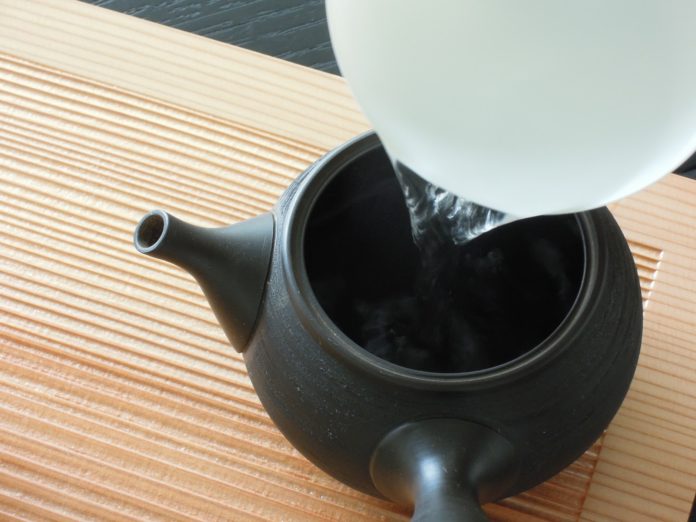 I became a kasung by coincidence.

In 1975, I was a student of Trungpa Rinpoche and working as a waiter at the Canyon Inn restaurant in Boulder. Just before closing time one night, Rinpoche and David Rome came in for dinner and sat in my section. They ate steaks, and after dinner asked for coffee. I was nervous to be serving my guru and splashed a little hot coffee on Rinpoche’s hand. I was shocked and apologetic, but Rinpoche didn’t react at all.

After dinner, they paid the bill but stayed at the table for some time. The restaurant emptied until they were the only customers left in the dining room. I sat at the bar and ordered a scotch, while waiting for them to leave. Finally, Mr. Rome came out and asked me if I would drive Rinpoche home, so he could be with his girlfriend Martha that night. I switched quickly from scotch to coffee, and within a half hour was walking Rinpoche to his car.

At the time, Rinpoche was living with Lady Diana on the side of a mountain in Boulder Heights, just north of Boulder. Mr. Rome had given me directions, and Rinpoche was alert and helpful. I was nervous to be driving Rinpoche, and told him my thoughts. “It would be interesting,” I said, “if the engine of a car were tuned to a person’s brain, so that if he was experiencing neurosis, the car wouldn’t run.”

“Good idea,” Rinpoche said, apparently not concerned that under that scenario I would not have been able to drive him home.

But I got him home without incident. After he went upstairs with Lady Diana, I was alone in the downstairs part of the house. David Rome had asked me to stay the night and drive Rinpoche to Naropa Institute the next day, but I found nothing to use as bedding. Finally, exhausted, I curled up on the rug under the dining room table and tried to sleep.

I must have eventually dozed off, because I was awakened at five the next morning by Lady Diana and Rinpoche talking in the next room. I stumbled into the living room just as Rinpoche was saying goodbye to his wife as she left to drive to a horse show in Kansas.

Rinpoche was wearing just a robe, and he asked if I would help him dress. I only remember that I helped him put on his dirty socks from the day before, rather than trying to find clean ones. Rinpoche didn’t say anything, but to this day I regret my laziness.

We went into the kitchen, where he sat at the kitchen table and asked me to make some tea. I made a nervous joke that, although he often used the metaphor of making a proper cup of tea as an expression of enlightened behavior, I had no idea how to do so.

“First, you should boil some water,” he said.

After the water boiled, I poured it into a teapot and set it on the table in front of him, with a cup and two teabags, as instructed. I sat across the table from him. The sun was just coming up, and bright patches of light danced through the kitchen window and splattered onto the table. The light was horizontal, almost directly in our eyes, but its brightness was filtered by the Ponderosa pines outside. We shared an emptiness full of silent things: the sunshine, the tea steeping, my slow emergence into consciousness, and Rinpoche’s gigantic openness. Totally free from agenda.

His uncontrived warmth embarrassed me; I think I had a concept of him as cold. Finally, I asked why he seemed so distant and unemotional much of the time. He seemed almost apologetic as he said it was simply Tibetan practicality; expressing emotions was considered frivolous in the harsh climate where he grew up.

We sat a while, looking out the window at the sunlight through the trees. He told me that where he was born in eastern Tibet, there were no trees, just grasslands. His family was semi-nomadic yak herders. The land was owned by the clan, which was ruled by a chieftain. When I asked, Rinpoche said that his father was a traveling yogi, who stayed with his mother when he passed through the village on his way from one retreat to another. As the Trungpa Tulku, Rinpoche was taken to Surmang where there were tall trees. When his mother joined him there a little later, he said she looked at the trees in wonder. “What holds them up?” she asked. “Why don’t they fall down?”

We drove to the Broker Inn for breakfast, where he negotiated with the waiter to try to get a ceramic tea pot for his hot water, but none of them had tops. “They all broke in the dishwasher,” the waiter explained. So Rinpoche settled for a stainless steel tea pot.

After breakfast, we drove to Denver to visit Triple Gem, a sangha business. Rinpoche fell asleep on the trip. When he woke up, he said my driving put him to sleep. He said that in England, he used to drive fast, and one time he blacked out and crashed into a joke shop.

As we arrived back in Boulder, he asked, “What do you want to do” The question seemed immense and my mind was inadequate to contemplate it. Finally, I just said, “I guess it’s too early to have a drink.” He murmured an affirmative.

He looked at the way I was dressed and asked if my budget allowed anything for clothes. I said yes, and we went shopping at the Crossroads shopping center. We mostly looked at ties, which were as mysterious to me as the vajrayana, but we didn’t buy anything.

After that, I took him to work at Naropa Institute, which at that time was at the Sacred Heart elementary school in Boulder. I left him there and went home to get ready for work.

A few months later, in January 1976, I think, at a meeting where the Dorje Kasung were officially brought into being, a list of twelve names was read of people whom Rinpoche had approved to be his personal drivers.

This story was previously printed in the Halifax Banner.

Dzongsar Jamyang Khyentse on the Passing of his Father, Thinley Norbu...

Lama Pema on Supplication to the Takpo Kagyu