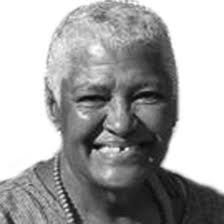 Aba Cecile McHardy, aka “The Friendly Dragon”, passed away gently yesterday in hospice care in Needham, Ma in the company of her closest friend Felicity Aulino and her sangha friend Meryl Shapiro. Both of them reported a magical experience being with Aba at this time: she had suffered a stroke a few months prior and had lived out her wish to not cling to this life, simply letting the process take its course, refusing food and medicine. There were no “measures taken”, but many expressions of love and care from visiting friends and family. At the end she seemed to will her death, which seemed a sharing with her friends: Aba often would say “I’m sharing this with you” so you knew to pay attention.

Aba always fully lived her understanding of dharma in many ways, large and small, maintaining a fierce loyalty to nameless wisdom and non-attachment to this life. As her ‘vajra brother’ for the past 40 years, we went many places and did many things together, yet I never felt that I was “in” with her. It was often more like being on the hot seat, she the inscrutable dragon, intolerant of any phony dharma jargon on the one hand while equally scornful of conventional thinking.

Still, there was always a sense of play being with Aba: she had a generous laugh, a brilliant smile and loved jokes, especially anything that would upset the apple cart … as long as it wasn’t vulgar. She was not only the intimidating dragon, but also the friendly dragon, so there was always laughter and fun to be had (on her griddle). There was also a lot of enjoyment and appreciation of the world of the senses. She loved that I had a Porsche, called it a thoroughbred, and liked going fast in it. She savored good food and drink and liked going out to restaurants and theater, but always with a modesty, free of grasping or indulgence, and never too much of anything. Usually an appetizer with a glass of wine would do. In these small ways, I always saw her as very dignified. All things of the world were appreciated in their own right without petty preferences.

Now that she has passed, I can see Aba as the dedicated teacher she always was. If you were with her, you were her student. This was her “sharing” with me; subjecting me to her dragon flames, showing me the limits of my personal comfort zone, helping me to see my boundaries. While it was often uncomfortable, this was the teaching, that we could go beyond comfort and become fully friendly with the world.

I did not know Aba McHardy had passed away until today, over two months after her death. I had not seen her in some years, as I knew her principally in Boston, which I left in 1983. In Boston we had a personal friendship and close working relationship–always imbued mutual respect. I admire very much her uplifted fortitude in the face of the racism she faced daily in her professional (academic life) and her willingness to let the boundaries down once trust was established. Her Caribbean speech pattern, which she delivered like an incantation, was impressive, and brought a big smile to her own face when she could see that you could feel she was singing to you. The focal point of our time together was the Boston Dharmadhatu, but also she was one of the few members with significant outside social work and connections, and I felt identified with her on that level although I barely understood her world. In later years, around 2002, when I was doing a lot of volunteer prison work, she joined the Shambhala Prison Community Board of Advisers, and I likewise served in a similar capacity for one of her projects. She always touched me whenever we met or even at a distance somehow–and thinking of her now brings a pang of connection and loss at the same time. She sent me a photo of us from the old days a few short years ago–which means she never forgot either.

The Chronicles
A slide show of selected photographs by Chögyam Trungpa

The Chronicles
Of all the cultural traditions initiated by Trungpa Rinpoche, perhaps none have been observed with more enthusiasm and consistency than Children's Day. "Dharma brats"...

Dreamers and Their Shadows