1 POSTS 0 COMMENTS
http://www.columbia.edu/cu/lweb/archival/collections/ldpd_4078809/index.html
Allen Ginsberg was born on June 3, 1926 in Newark, New Jersey to Louis and Naomi (Levy) Ginsberg considered to be one of the most significant poets of the twentieth century. He was also a devoted student of Trungpa Rinpoche's. He attended the first Vajradhatu seminary in 1973. Allen died on April 5, 1997, ten years and one day after Rinpoche. 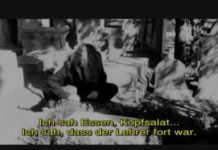 I Noticed the Grass