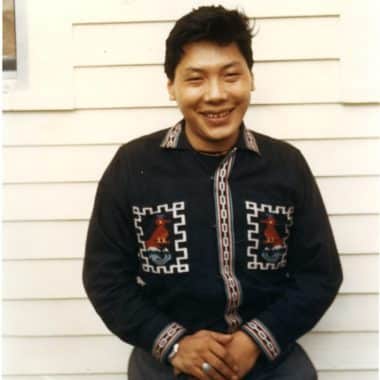 The Chogyam Trungpa Institute at Naropa University is offering this new service: CTR Quote of the Week. You can view the quotes on their site, or you can receive weekly quotes in your inbox.

April 4, 2021
While I was growing up in Tibet, I was so attracted to the American way of life and the Western style of doing things. I thought that Westerners must have a very subtle wisdom and etiquette. They knew how to build aeroplanes, complex machines, and fantastic wonders of scientific technology. With such wisdom in the gadgetry world, I thought that the makers of the gadgets must have a similar personal discipline.

I was given my first watch when I was fourteen years old. It was from England, and I couldn’t resist opening it up to see how it worked. I took it completely apart. I tried to put it back together, but it no longer worked. Then I was given a clock that chimed….Everything worked perfectly inside of this clock, so I decided to take it apart. I wanted to compare the parts of the clock with all the mechanical parts that I had previously disconnected in my wrist watch. I laid the parts from both timepieces side by side and tried to figure out how these machines worked, how they actually hung together.

When I took the clock apart, I could see the mistakes I had made with the watch, and I was able to put the clock back together. In fact, I got both of them back together, I cleaned them, and they worked better than before. I was quite proud of that. I thought that the Western world must have such discipline, minute precision, profound detail and patience, based on all those little screws that had to be screwed in. I thought somebody had made each little piece with their own hands. Naturally, I had no concept of factories at that point. I was very impressed, and I had a great deal of respect.

Then, coming to the Western world, I encountered the makers of the clocks, big and small, and the makers of other machines that do wondrous things – such as aeroplanes and motor cars. It turned out that there was not so much wisdom in the West, but there was lots of knowledge. Moreover, everything seemed to be based on the notion of a warning system. People were afraid of getting hurt, afraid to even go outside without wearing a coat and hat, in case they might catch a chill. Englishmen in particular always go out with their umbrellas, whether there is rain or not.

Today is the 34th Anniversary of the Parinirvana, or death, of Chogyam Trungpa. Today’s excerpt is from “Mirrorlike Wisdom,” in Great Eastern Sun: The Wisdom of Shambhala, page 73.

A Conversation with Judy Lief