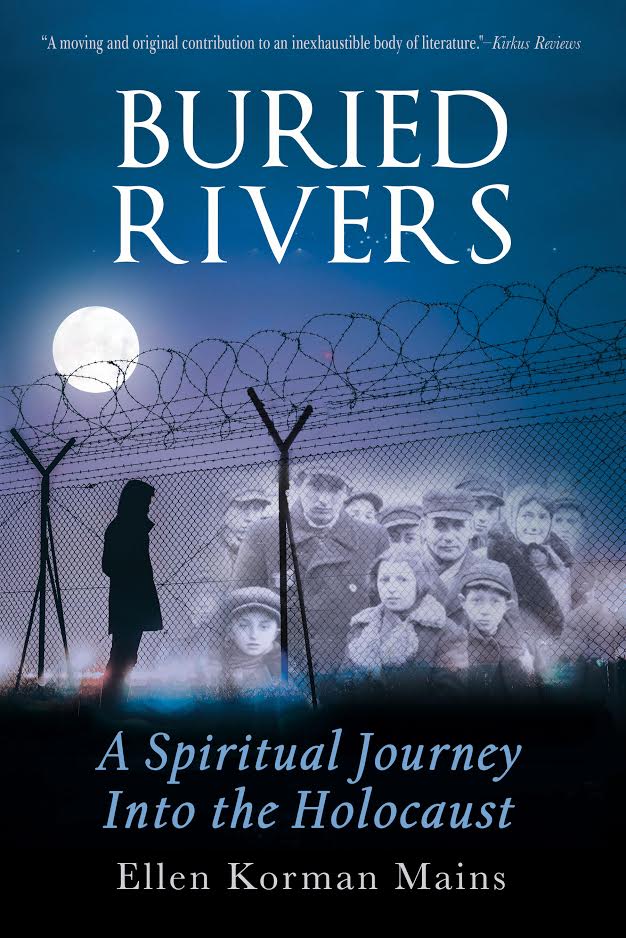 Read an excerpt from BURIED RIVERS

I’m late in writing this review—first, because I didn’t want to read the book. I didn’t want to dwell yet again on the Holocaust that characterized my family lineage as well as the author’s. Then when I did work up the courage to read it, I found it so rich and provocative that I needed to give it time to reverberate, and then I read it again.

This is a profound book of love and warriorship, and of the path of dharma as lived in the particulars of one life. The story is about Ellen’s unexpected calling in her early 50s to bring her Buddhist training to bear on the still potent haunting of the Holocaust, and to untangle her own family history that had been buried in that destruction.

At a deeper or more universal level the book is about karma, yearning, devotion, not-knowing and fearlessness—a traveller’s diary of the road we are all on.

In 2005, Ellen, a senior and respected Buddhist teacher trained by Trungpa Rinpoche and living in Boulder, Colorado, felt in need of a change of scene–to what she didn’t know.  Musing about perhaps going to Greece or Italy, the idea of Poland, the birthplace of her parents, powerfully popped up.  She had never had any particular desire to go there; she had grown up with a pressing burden inherited from the largely unspoken experience of her parents and uncle, who had witnessed and suffered greatly the horrors of the Holocaust.  Yet nine months earlier, on a train in Germany going to a meeting of Kyudo (Zen archery) instructors, she had an unnerving feeling of being touched internally by something repulsive—something that suggested the Holocaust to her.

Ellen met Trungpa Rinpoche at the age of 19, when he first arrived in North America, and became a dedicated student and respected teacher.  A long bout with chronic fatigue syndrome starting in in her late 30s had sensitized her to listening carefully and working with subtle messages from her body and the environment, and when she sought advice after the German experience from an intuitive friend, Ellen was told that spirits still trapped by the immense pain of the Holocaust needed a Buddhist perspective to help them, and that she was the ideal person for it—this was her calling.

Now, if you are the kind of practitioner who doesn’t like the idea of relating to ghosts or dead ancestors, don’t let that deter you.  (Trungpa Rinpoche of course communicated with and excorcised spirits on occasion, and greatly appreciated the Japanese kami tradition). The book chronicles clearly genuine, in-the-moment experience, which the author expresses partly in the language of Vajrayana and the Shambhala drala teachings, and partly in personal language that the experience evokes.

Ellen goes to Poland, not speaking a word of the language  and feeling “nervous, afraid and fearless, all at once.”  She visits the concentration camps and searches there and elsewhere for records of her family.  She encounters unexpected feelings of love, joy and support, as well as profound sadness,  and connects deeply with the land. She returns again and again through 2014, learning the language, and eventually becoming (in 2017) a citizen.

Ellen goes each time as a pilgrim, welcoming as best she can whatever arises, following inspiration, meeting dralas, questioning her own intuitions, letting the heart open wide, going down blind alleys and hitting dead spots, having mishaps, encountering unexpected help, stopping and waiting… and always listening, listening, sniffing the air until the next direction presents itself; meeting the world with her body as well as her mind, never giving up.  She is vibrantly alive to the nuances of the senses, of people and places. Her other crucial tool for the journey seems to be the ability and practice to listen to her feelings, to let them surface in not-knowing and guide her.

Through her journeys, Ellen deepens her understanding of basic goodness, of forgiveness and letting go, and of the mysterious interrelationship of the living and the dead.

The book also serves as a wonderful portrait of the kindness and insight of Trungpa Rinpoche, whose teachings and indelible presence serve as Ellen’s grounding.  Interestingly, Rinpoche had prefigured this later period in her life many years before when Ellen’s parents were threatening to disown her for “joining a cult.” Rinpoche insisted that Ellen not break with them, as there was “heavy family karma” to work through.  This is the story, among other things, of how that karma was worked through.

All right. Ready. Do it.