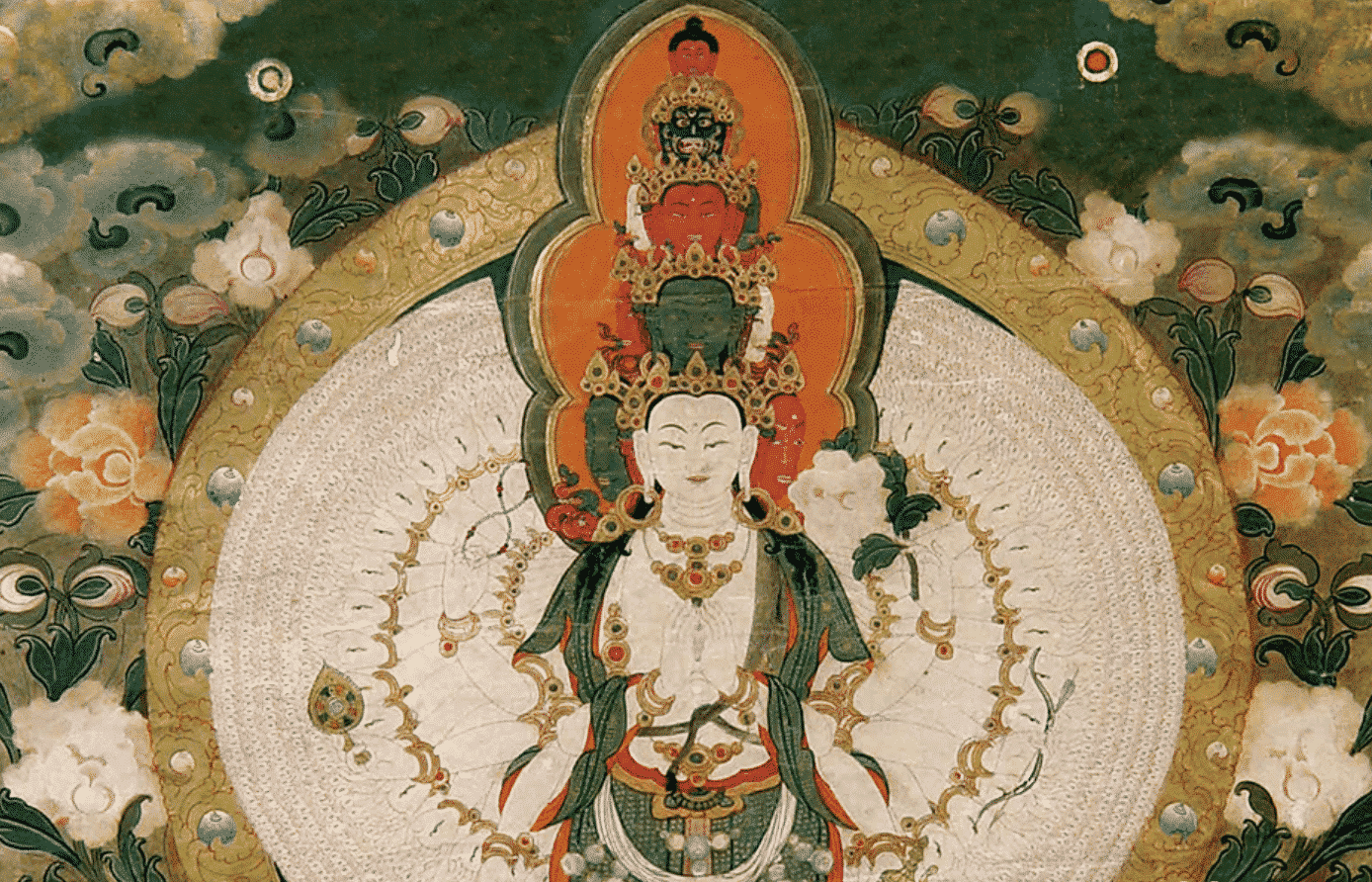 Steve Roth: Yishin Norbu, why do you like birds?*
His Holiness: Just try to sense their joy.

His Holiness had an English vocabulary of about 50 words, the majority of which were names of various birds and animals. Whenever he spoke these words with such open and whole-hearted goodness, that it was impossible not to be melted on the spot. Any self-consciousness dissolved in his environment of delight, ease and playfulness. The canaries the Karmapa so frequently spoke of were Glouster, Norwich, Tanenger, Yorkshire, Cordon Bleu, Red Factor, and his favorite, Lady Gouldian Finch aka Rainbow Finch. He pronounced “finch” as “peench.” Other phrases he so often said to so many of us were “Berry good,” “Berry bad,” “Berry buddhapool (beautiful),” “I tink so,” “I hope so,” “hello,” and “goodbye.” These words were used in a playful and provocative way, reflecting how we westerners make use of such colloquialisms, and punctuated by his wellspring of all-joyful sunshine laughter. He was boundlessly jolly, joyful and caring towards everyone.

In various cities, His Holiness would have me sitting on the floor with his private rotary dial phone next to his bed. He would check in regularly to see what I had turned up in the way of primarily finch and canary leads as well as miniature horses, Java Green Peacocks and Pekingese. I spent many hours on the phone and visited libraries, pouring through hard copy U.S. yellow-page directories, canary club and bird fancier and breeder publications. I was searching for these birds in the mid ’70’s. In today’s world, it would have taken all of a three minute search on the Internet. Today, I sit here smiling in deep relief that there were no computers.

There was one particular enigmatic Rainbow Finch that His Holiness mentioned from time to time—the Blue Breasted Rainbow Finch. This was a rare hybrid of an already amazing array of Rainbow Finches. I inquired with numerous established finch breeders, who at best had heard rumors of, but who had never seen this bird.

During 1981, I learned that the Karmapa’s four heart disciples had requested that he return to the U.S. for further medical treatment and what sadly was to become his last days at a hospital in Zion, Illinois. I was so fortunate to be invited for a final visit.

Locating the elusive Blue Breasted Finch had become my raison d’être. After extensive library research, I discovered a bird fancier in South Carolina who was breeding a limited number of Blue Breasted Rainbow Finches. Arrangements were made, and this exquisite bird was flown to Denver International airport in Colorado. I can’t help but think that His Holiness made it all happen. The Vajra Regent Osel Tendzin, his secretary and I flew with the bird perched in a small cage to Chicago, Illinois and then went to the hospital in Zion. There, we were brought to His Holiness’s private room where the attendant lama placed the bird cage on a table where the Karmapa could view it from his bed. Although His Holiness weighed no more than 80 pounds, his face was luminous and his eyes so vast and penetrating. After a few moments the Vajra Regent began to cry, and His Holiness asked him to come nearer for a final blessing. He told him: “Nothing Happens.” The Regent stepped back, and I followed to his bedside. He raised his hand, stroked my face and gave a final personal teaching. That was all. We left the room. The Karmapa went into Parinirvāṇa a few days later.

-From November published Volume 2 Radiant Compassion, The Life of the 16th Gyalwa Karmapa.

Steve Roth met his teacher Chögyam Trungpa Rinpoche in London in 1967. Steve was the 16th Karmapa’s personal driver in various places during the 1974 and 1976/77 visits. He lives in Boulder, Colorado.**

*Conversation during the 1977 visit of His Holiness to the United States. The Tibetans call Karmapa Yishin Norbu, Engl.: Wishfulfilling Jewel.

All right. Ready. Do it.

In the North of the Sky

Escape from Tibet with Trungpa Rinpoche