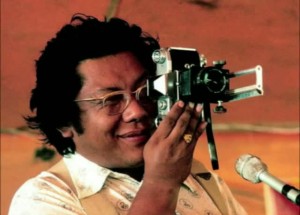 The Practice of Contemplative Photography, by Andy Karr and Michael Wood, offers a practical system of instruction that applies the wisdom of Buddhist teachings on perception and creativity to the contemporary art of digital photography. This book from Shambhala Publications, published in 2011, includes: an introduction to basic ideas about the role of mind in photography and ways of accessing natural creativity; a step-by-step guide to contemplative photography practice, including experiential exercises and shooting assignments; a three-part method for shooting fresh, uncontrived images; and a deep appreciation for the joy of seeing.

The Practice of Contemplative Photography presents an approach to photography that is grounded in Buddhist teachings on perception, creativity, and wisdom. The connection between Buddhism and photography might not be obvious at first glance, but Buddhists have studied the mind and heart and applied their understanding and practices to the challenges of life for more than twenty-five hundred years. Buddhism also has rich traditions of expressing wisdom and realization through the arts. Finally, and perhaps most important, photography and Buddhism share essential interests: both are concerned with clear seeing.

The particular confluence between Buddhism and photography that led to this book began in the middle of the last century, when Chögyam Trungpa Rinpoche got his first camera. At the age of two, Trungpa Rinpoche had been recognized as the eleventh incarnation of one of the highest lamas in eastern Tibet. As a child, he went through the rigorous traditional training that was typical for such an incarnation: extensive study of the Buddhist teachings and intensive practice of the stages of meditation.

Trungpa Rinpoche took his first photograph when he was fifteen, a portrait of his principal teacher on the roof of his monastery. Four years later, he fled his homeland to escape the Chinese takeover, leading a group of refugees across the Himalayas

to safety in India. He was twenty years old when he arrived, and India was modern compared with medieval Tibet. He spent the next few years exploring this new world. He continued to take pictures during this period, mostly snapshots of Tibetan friends, traveling companions, and Buddhist sacred places in India.

In 1963 he traveled to England to study comparative religion and philosophy at Oxford University. He later wrote, “I had to immerse myself thoroughly in everything, from the doctrines of Western religion up to the way people tied their shoelaces.” Intrigued by his exposure to Western and Japanese art, he began to explore ways the camera could be used to create images of the world of form: the naked appearance of things, before they are overlaid with any conceptions about what they mean or what they are.

After Oxford, Trungpa Rinpoche founded the first Tibetan Buddhist meditation center in the West in the rolling hills of Dumfriesshire, Scotland. Within a few years, he moved to America, attracted by the fertile spiritual ground of its teeming, exuberant culture.

In America he presented the wisdom of his tradition in contemporary idioms and examples. He often taught in the language of psychology rather than the language of religion. He worked with Western cultural forms to train his students, launching projects in film, theater, and psychotherapy. He used photography and other art forms to express the experience of the awakened state of mind. His teachings were perfectly suited to the time and place, and the scale of his activities expanded rapidly.

Andy first met Trungpa Rinpoche in 1971 in San Francisco, where he was practicing Zen under Shunryu Suzuki Roshi. The next summer, after Suzuki Roshi’s death, he moved to Colorado to continue his training with Trungpa Rinpoche. He studied Buddhism, practiced meditation, and participated in Trungpa Rinpoche’s theater group, eventually becoming its director. During this period, Trungpa Rinpoche presented a slide show to the theater group that vividly conveyed the unfabricated way he saw the world. The fresh images conveyed space, form, and energy. They were completely free from story line and seemed to show the essence of things rather than concepts about them. The images transmitted wakefulness. Inspired by these photographs, Andy went out and shot a few rolls of slides, trying to emulate his teacher. The experiment wasn’t a complete failure, but he had no idea how to take it further.

At about the same time, Michael was working as a professional photographer in Toronto. He had studied photography in college and had achieved some success as a commercial, fashion, and portrait photographer. In 1976 he began to meditate, and he soon began to notice subtle changes in the patterns of his perceptions. Every once in a while, a fresh, almost unrecognizable perception would occur out of nowhere, and he would try to photograph it. The more he meditated, the more these perceptions arose. He began to see a connection: the more space there was in his mind, the more the world presented itself nakedly to him.

In 1979 he saw some of Trungpa Rinpoche’s slides in a course titled “Tantric Iconography.” What he saw stopped him in his tracks. He had never encountered images that were so fresh, spacious, and free from conventional rules of composition or subject matter. Because he had trained in traditional composition and standard photographic concepts, and incorporated them into his work for years, the images shook him deeply.

His reaction was conflicted. On the one hand, he was attracted to the fresh, awake, and unpredictable nature of Trungpa Rinpoche’s work. On the other hand, his professional sensibilities were offended by the absence of familiar photographic principles and the lack of technical excellence. This split caused an immediate creative crisis as he realized that his orthodox photography was nothing in comparison. He had a premonition that his conventional photographic career was about to come to an end.

During the following months Michael studied and contemplated Trungpa Rinpoche’s Dharma Art teachings, an approach to the creative process based on Buddhist principles and the practice of meditation. These teachings presented the view that art could express the actual moment-to-moment experiences of life, free from any artistic agenda designed to appeal to a particular audience. In this approach, real creativity is based on openness, genuineness, and confidence.

Michael decided to try to learn to shoot like Trungpa Rinpoche, but he knew that he couldn’t just copy his style. He had an intuition that he should work with the same approach he learned in meditation: simplify things to the minimum, try to rest the mind rather than seek entertainment, be curious about seemingly ordinary experience.

For months he restricted himself to taking pictures in his little backyard and the alleyway behind his house. His two young children walked with him after school, entertaining themselves while he looked and shot. One day his three-year-old son came running up to him and said, “I found something you’ll like.” At the end of the alleyway, lying on the street, was a big maple leaf coated with gasoline and shimmering with the colors of the rainbow. His son had no notion about gasoline on the leaf’s being bad; he just saw the rainbow.

During his period of exploration, Michael discovered the joy of seeing and shooting images of form and space, the same qualities that spoke to him in Trungpa Rinpoche’s photographs. Later, he developed exercises and assignments to help others connect with the same experience of clear seeing and photography. These methods have been refined and evolved into a coherent system of training that draws upon Buddhist teachings on perception and creativity; the insights of great photographic masters such as Stieglitz, Weston, and Cartier-Bresson; and Michael’s own experience. This is the practice that we call contemplative photography.

Interview with the Dzogchen Ponlop Rinpoche

The Padmasambhava of Our Time

Sam Bercholz
Arguably the most important figure in the transmission of Buddhism to the West.